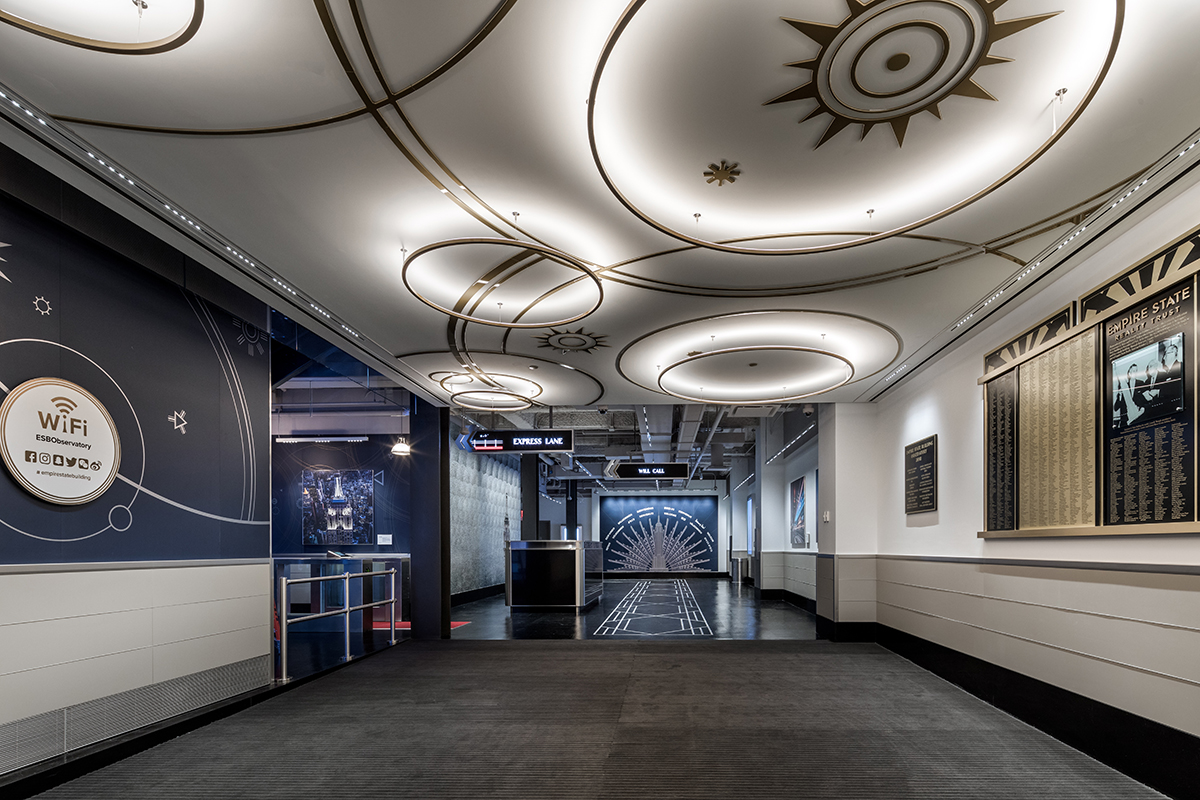 The new entrance is the first phase of a redevelopment project which will be completed by the end of 2019. Every detail of the fully modernized guest journey has been inspired by feedback from ESB’s most valued participants – its guests, tenants, and the entire ESB community. It was brought to life by a cross-disciplinary, best-in-class team from the arts and architecture to technology and entertainment industries, to conceive and curate the fully-modernized masterpiece: Thinc Design, Beneville Studios, Ideo, Squint / Opera, JLL, Intersection, Diversified, Skanska, Kubik Maltbie, Thornton Tomasetti,  The Lighting Practice, Corgan, and and Syska Hennessy Group.

In the new entrance, guests are treated to more space, organized flow, and hints of what will come from the next phases of the redevelopment, from digital hosts to a new lighting ceremony installation. Guests will ascend a grand staircase which splits around a two-story architectural model of ESB.

New electronic, self-service ticket kiosks simplify the presentation of Guests’ choices of the myriad of options for their visit.

“Our leadership in innovation continues with this transformative reimagination of our entrance, the first phase of the completely new Observatory experience,” said Anthony Malkin, chairman and CEO of Empire State Realty Trust. “We have a high level of confidence that our work will increase customer satisfaction immensely and drive bottom-line performance. We have already transformed the Empire State Building into the Urban Campus within a building, one of the most modern and energy-efficient buildings in the world. Now, ESB raises the bar for the Guest experience to make it best-in-class, bar none.” Malkin added, “Stay tuned—there’s more to come!”