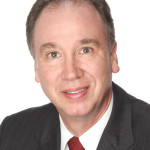 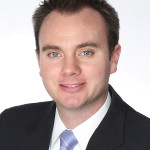 In January of 2016 the expiration of RPTL Section 421-a, which provided substantial tax benefits for multifamily housing, became a reality in NYC. Anticipation of this expiration led to over 7,000 permits filed for 299 projects in December 2015 as developers attempted to avail themselves of these benefits while they still had the chance. While many developers were successful in pushing their filings before the expiration, others were unprepared for the elimination of a program that had previously faced similar circumstances before and been extended.

On Long Island, 421-a benefits do not exist, but other exemptions such as the business investment exemption can provide significant benefits. In addition to exemptions, there are the typical nuances and deadlines as well as a number of intricacies and changes on the horizon of which developers must be aware as they plan their projects. As all developers know: no project happens overnight. With that in mind, we examine upcoming events and potential changes that developers should be aware of as they prepare for the near and long term.

First and foremost, developers must be sure to be aware of the deadlines for filing a grievance to protest their taxes. In Nassau County, the deadline is March 1st and in Suffolk County the deadline is May 17th. There are other deadlines for the various villages and cities in each respective county that should be reviewed as well.  Even if a developer is only in contract on a piece of property, they should still file a grievance to protect their rights. Since they will be responsible for a portion of the taxes for the tax year which is being protested, they must avail themselves of these grievance deadlines rather than rely on the seller of the property to have already filed a grievance. If the sale does not ultimately occur, the grievance can always be withdrawn.

Nassau County has passed a local law increasing penalties if owners do not disclose their income and expense statements to the county. The new penalties correspond to as much as 0.75% of the current assessment on the property. For a $10 million property this would equate to $75,000 in penalties.

The manner in which this information is presented is very important. For example, if a tenant is responsible to pay $50,000 triple net each month, but has been in arrears for an extended period of time, this should be noted on any submission to the county. Similarly, if the income and expense statements have declined due to vacancies and rent reductions, it is important to note this as well. Providing greater detail of the status of the property is important to paint the most accurate picture of what is occurring at the property.

Even in circumstances where financial information disclosure is not mandated by a local law, it is critical that there is an emphasis on showing a full and accurate synopsis of the state of the property. Municipalities are reviewing thousands of properties and the property owner cannot rely on them to decipher a divergence between rent anticipated and rent collected without the assistance of the owner.

It has been well publicized that the state’s 2% tax cap will be severely limited this year. The state law limits the increase on the tax levies by local governments to 2% or the rate of inflation, whichever is less. The rate of inflation corresponding to the timing of the school tax levy is only 0.12%. Property owners should still budget for a greater increase as taxes will increase more than this 0.12% due to exceptions in the cap such as pensions, but also because the small increase in the levy will lead some school districts to explore exceeding the cap through a vote of their school board.

Property owners should also be aware of potential reassessments in the future. While Southampton performs annual reassessments each year, the remainder of Suffolk County towns have not performed a revaluation in decades. However, Nassau County had performed annual revaluations for most of the early part of this century, but ceased doing so in 2010. Now, Nassau County is reviewing the possibility of performing a revaluation for the assessments that will be issued in January of 2018. While much can happen prior to this date, owners should bear in mind that a purchase price, as well as income to their property, may be reexamined and could result in an increase to their assessment in 2018.

These are just a few of the upcoming and potential events that may occur in the coming months. It is important to note that as municipalities and taxpayers strive to find a balance where both can move forward at sustainable levels, there will continue to be changes and new programs implemented. Just as 421-a can be changed, it is important to be aware of the many potential changes in Long Island.