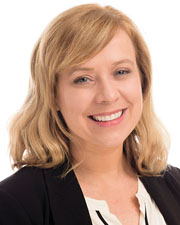 Presently pending before the New York State Senate is Bill Number A04752, or, “An act to amend the real property tax law, in relation to requiring assessors using the comparable sales, income capitalization or cost method for assessments to consider certain comparable properties in formulating the assessment.”

The legislative intent of this Bill is to provide “clear guidance” to assessors in their selection of comparable properties in arriving at a fair market value for each of the properties they are responsible to assess.  The Bill thus requires assessors to select sales and/or rental comparables that:

Real property in New York must also be valued in “fee simple,” meaning unencumbered absolute ownership, with all property rights included. If there are leases in place, the interest becomes a leased fee, as some property rights are transferred to the lessee and the owner no longer holds all rights to the property.

Valuing property in fee simple ensures that all property is assessed equally. Valuing property in leased fee, which is contrary to New York law, would undoubtedly lead to different assessments for identical properties depending on their ownership and use.

There are three approaches generally used in New York to arrive at full value:

This proposed law addresses the first two approaches, which rely on lease and sales comparables, respectively.

New York’s highest court has indisputably and consistently held that in arriving at full value, comparable properties need not be identical to the subject, but need only be sufficiently similar to serve as a guide to the market. In its application, courts throughout the state have reasoned that as long as the comparables relied upon are readily identified and the differences are mathematically adjusted as they relate to the subject, these properties can be evidenced as indicators of value in the marketplace.

N.Y. Requires Real Property to be Valued in Fee Simple

Finding the right comparable is not necessarily an easy task when valuing property in fee simple.  At first glance, facially similar properties may require less adjustments for age, size, location, condition, etc. However, regardless of physical similarities, a property can be disqualified or discounted as a comparable where there are conditions such as sale/leaseback transactions, built-to-suit considerations, long-term leases and other factors, as these may not be arm’s length or reflective of current market value.

For example, rents for built-to-suit locations are usually above-market as they encompass land acquisition, demolition and construction costs that do not reflect the property’s actual value. Retailers pay to build a prototype store for a specific business, which has little value to any other business.  Sale/leasebacks are leased fee transactions that have limited probative worth as comparables because the cost of carrying the property is configured into the rent. Courts have opined that these factors represent business considerations that are wholly unrelated to the actual market value of the land and improvements.

Thus, in their pursuit of market value in fee simple, appraisers not only look for facially similar properties, but also for properties unencumbered by leases, held in absolute ownership, with all property rights included.  Taking the leases out of consideration will allow the real property itself, and not the business, to be valued.  This often leads to relying on sales of comparable properties that are vacant.

This methodology has been negatively coined “The Dark Store Theory” by many municipalities and their assessors, who seek to prohibit the use of vacant properties as comparables to value retail properties that are currently in operation.  However, prohibiting the reliance on vacant sales comparables would shift the valuation from fee simple to leased fee, which contravenes New York law and legal precedent.

This is not just an issue in New York. Over the past few years, legislators in Wisconsin, Michigan, Texas and other states have proposed legislation to address what they call the dark store “loophole,” which is, in fact, not a loophole at all. Most of these bills have died in the legislature, as lawmakers are concerned that establishing selective rules about taxation would violate the uniformity clause of their state constitutions. In Indiana, legislators passed “2015 Senate Bill 436” which, among other things, prohibited the use of comparable buildings that had been vacant for over a year as of the assessment date.  However, it was repealed the following year over concerns that it would be found unconstitutional under the state constitution’s uniformity clause.

Presently, along with New York, Maine also has a similar bill before its legislature. These proposed legislative instructions to assessors pose a slippery slope in evolving the assessment of real property into the assessment of business value. For real estate valuation purposes, property must be valued in fee simple—the value of the unencumbered real estate only—in order to ensure a fair and equitable assessment.