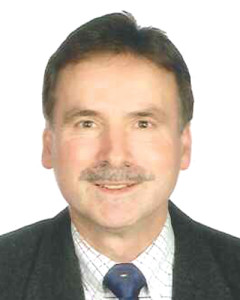 Early last year some in Congress proposed a non-binding resolution which came under heavy criticism. Based upon an article by Jessica Macdonald of Fact Check.org on February 19th, 2019, the Green New Deal originated almost 20 years ago. The one that was proposed in Congress focused on:

C. Invest in the infrastructure and industry;

D. Secure for all people of the U.S., clean air and water; climate and community resiliency, healthy food access to nature and a sustainable environment; and

When I think about the Green New Deal my focus is on energy; whether it’s fossil fuel. hydro, solar, wind, etc. Almost 40 years ago I developed interest in solar energy. I was hired by a developer who was going to build spec homes which would have solar panels to produce electricity. The intention was to build a subdivision with solar homes. I was excited about the concept and was very optimistic about their future plans. However, when I put the pencil to the paper, the financial feasibility did not add up and their project was halted. The energy savings did not justify the additional costs. Of course tax credits and other incentives were not to the level they are today.

A friend of mine installed a solar and geothermal system for their family house in Upstate New York. With the tax credits, grants, and of course energy savings, he was on the plus side. He and his wife recently sold the home. Their solar and geothermal system definitely helped the sale. However, the system wasn’t big enough for the house size. It was limited because of the roof size and design. Otherwise, the sales price would have been greater with more solar capacity. Almost two years ago, they put a solar system on their Florida home after roof replacement was needed because of Hurricane Irma. They just received the first bill since it was installed in July 2018 which was $40. The previous bills were just hookup and taxes at about $9/month except for the first couple of months each year when it was $0 because of excess left over from the previous year. He estimated the payback period will be in the six to eight-year range in Florida, while in Upstate it will be closer to 12 years. It is very feasible in Florida, but in Upstate New York not so much. The Florida system is 9.2 kV compared to Upstate Nyew York at 10.6 kV. However, the cost per kV was almost half in Florida compared to four years ago in Upstate New York because in part of how fast the prices for these systems have dropped. Also, the more intense sunshine in Florida is a big factor. In addition, the technology has progressed which reduces the ugliness of the roof panels. As an example, there are roof shingles which have the receptors built within which negates the need for ugly panels. The costs are high and their durability haven’t been yet accepted by the general national market. Even so, there is growing demand for “green energy” at a geometric increase if not an exponential increase as my friend will attest to. One of the key ingredients to increasing demand is continued tax credits and other incentives which can be finite depending upon the whims of government.

Most appraisers can help evaluate for property owners the feasibility of such a system and how much it contributes to market value. Most appraisers are well versed in the principles of discounting and present value. That is the first step of estimating the feasibility of solar, geothermal and/or wind. The second step is to verify this contribution to value by a paired sales adjustment. That is the difficult part because there is a lack of appropriate sales. In most cases especially in New York buyers are not familiar with non-fossil fuel energy systems. Therefore, they may be intimidated about the equipment or it’s lack of attractiveness. Also, there may be concern about the expense of replacing parts of the system when it wears out. Thus, its likely the present value will be adjusted downward and be less than 100% contribution than the initial cost. Without the available comparable sales, a judgement call will have to be made regarding an appropriate discount rate used in estimating the contribution value of the system. This could vary dramatically. As an example, if a system saves $5,000 each year over 10 years at an 8%, discount rate, the present value is $33,550. At 16% the present value is $24,166.