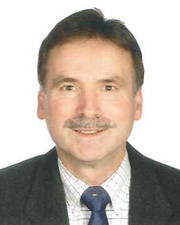 Appraisers have many talents which allows them to more easily see the “forest through the trees.” The ability to understand the underlying causes of supply and demand enables the appraiser to adapt to many different types of appraisals and consulting assignments. The late, great Harvey Jeffers, MAI, SREA who was one my mentors called appraisers “urban and suburban economists” because of their unique grasp of real estate supply and demand insights. Harvey was an icon in the appraisal industry in the 1970’s, 1980’s and 1990’s.

The intended use and intended user of the appraisal report is a critical part of the appraiser’s ability to see the forest through the trees in valuation assignments. In my experience in condemnation appraisals, parts of the law that guides this discipline goes against normal valuation guidelines depending upon what jurisdiction and court. I’ve been an expert witness in condemnation cases in New York State’s Court of Claims, State Supreme Court and U.S. District Court. As an example, let’s say that a new neighborhood improvment is going to be constructed adjacent to a parcel of commercial land, and the property taking is the reason for the appraisal. In many jurisdictions the “after value” cannot assume the obvious benefit that the property would have attained by being adjacent to the new neighborhood improvement. Thus, under Jurisdictional Exception, the “after value” of the remaining parcel cannot consider the benefit of the after improvements in the neighborhood. Whereas, in the normal world the enhancement to the after parcel could be an increase in value to the parcel in question.

In tax certiorari cases where there is a disagreement in what the assessed value should be, there can be clear difference on how market value is estimated from the norm. As an example, it’s been my experience that when a tax certiorari case is tried in NYS Supreme Court, the Sales Comparison Approach is not weighted substantially unless there is detailed information of the comparable sale in regards to actual historical and current income and expenses. Most appraisers will acknowledge that this information is difficult to get. Appraisers generally have much of this information in their files if they had appraised the comparable property for mortgage financing, etc. However, there are very strict ethical constraints regarding confidential information which precludes the appraiser from using it. The appraiser can’t publish this information unless given permission by the comparable property owner which very rarely happens. Thus, in a tax certiorari trial report, the Income Approach is relied upon in some cases exclusively unless the comparable sales meet the test of detailed income and expenses. Furthermore, the court decisions rely very heavily on the importance of Reserves For Replacement which many times is not emphasized as much in non-tax certiorari appraisals. This can be related to what is considered a capital improvement and what is a typical operating expense. This is a very gray area between investors, appraisers, lenders and assessors. This gray area can create a significant valuation difference. One of reasons for the Reserve For Replacement issue is that NYS Supreme Court relies very heavily on direct capitalization and not discounted cash flow (DCF) methods. In the DCF method, reserves can be considered more easily throughout the holding period such as 10 years. Direct capitalization is based upon one stabilized year of income, expenses and overall capitalization rates which limits how Reserve For Replacement is recognized.

Another example of how NYS Supreme Courts look at values differently is in tax certiorari cases where the fee simple interest is the premise of an assessment. Fee simple interest is based upon market rents. Many properties such as new drug stores, fast food restaurants, and manufacturing facilities, are based upon above market leases. In effect, these above market leases are based upon a type of “build to suit” scenario for end users; not for the general market. The same thing works in reverse. Sometimes there is a below market lease. The courts in assessment cases generally have ignored the below market leases which many times they deem to be a mistake that the landlord must live with. Possibly, the tenant constructed the improvement or completely rehabbed an existing structure without the landlord. This is a topic that could be discussed ad infinitum in many other examples. Here is a current example. Based upon what I’ve read in the media, the Trump family has been an active target of the NYS attorney general and Manhattan district attorney for valuation discrepancies between some of the differences between intended uses and intended users. By recognizing the differences of appraisal methods, intended users and intended uses, the investigation may be weakened and bolster the defense’s case

In summary, the appraisers have the ability to be urban and suburban economists who “see the forest through the trees” by differentiating properly between intended uses and users.