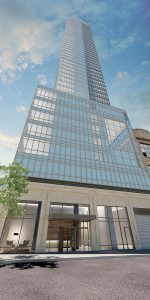 New York, NY Skyline Engineering’s story isn’t its own. It belongs to CEO Matt Wavro. From a young age, Wavro occupied himself with the question of “how things work.” And one way that he came up with answers was by looking at science and nature and how math played a role in those things. The most important discovery during his youth was that math is “something that lives in the world.” When he realized that mathematics and physics could be applied to solve real world problems, the engineer in him was born. This realization would set the course for the rest of his life and give birth to Skyline.

Admittedly, Wavro wasn’t initially drawn to engineering. But with that love of math and science, physics paved the way for him to “find engineering” at Brookdale Community College. As his passion for physics and engineering flourished, Wavro moved on to Rutgers University. It was during his time there that he got his first big break – an internship at Jaros, Baum and Bolles (JB&B). And according to Wavro, “the rest is history.” In 1995 after graduating from Rutgers, he came on with the firm full time. This position gave Wavro the opportunity to absorb all aspects of engineering, as the firm (and subsequently Wavro himself) was involved in the design of new buildings both in the U.S., and internationally. Not only did he learn about engineering, but he also learned about leadership, team building, and mentoring young engineers that were just coming into the firm. As far as projects, some of the more notable projects Wavro managed and designed while at JB&B were new buildings at John Jay College, Brooklyn Poly Technic University and the Alexandria Center at Bellevue Hospital.

The Reward of Risk

Having built quite a portfolio at JBB, Wavro was most certainly on the path to partner. But instead of following the certain path in front of him, Wavro left the comfort of a big firm and moved on to KEA Engineers to start their mechanical engineering division. Working at a small company “taught me how to run a business.” Obviously this education would prove useful.

As the New York City Building Code underwent broad changes in 2008, Wavro recognized what the market was calling for–independent special inspectors. Ready to take another risk, Wavro took the next big step in his career. “I thought I’d make a damn good special inspector.” Once again, leaving the security of his position at KEA, in 2010 Wavro formed Skyline LLC. His mindset during all this change? “If I can’t do this, no one can.” Leaving himself no other option but to succeed, he used all of the contacts in his network and sure enough the business expanded. Once again unsatisfied with resting on his laurels, Wavro took the sage advice given to him by his friend Dom Chieco at Milrose Consultants who told him that he needed to team up with a structural inspector and that would make him “unstoppable.” This advice would prove to be the Archimedes Lever in the history of Skyline. It led to their biggest and most notable job to date, an inspection of a 900,000 s/f project for Nomura Securities. “It put Skyline on the map” said Wavro. This project catapulted Skyline into becoming a full fledged firm. It hired a support staff, a marketing staff, proposal specialists, a dispatch manager and an operations manager. This growth spurred more growth, as it allowed Skyline to offer something new (and extremely valuable) to its clients–diversity.

According to Wavro, as the business began to really take off, “it got very real.” Through the hard work and professionalism of its employees, the company’s vision was being realized. “Without a roadmap, we set out to be the most professional and organized special inspection firm out there.” What started out as a one man LLC just two years earlier, Skyline was now a fifteen employee firm. Now over 30 employees, they expanded strategically into new areas of business–most notably commissioning and concrete testing. With these services, the company became known as the single source, go-to firm for new buildings and 500,000 to one million s/f fit-out special inspections. They were the go-to for a 500,000 s/f job for the Time, Inc. world headquarters; 500,000 s/f for the Sony, Inc. world headquarters; and the two projects that are, to date, Skyline’s most high-profile: the Westfield World Trade Center mall and the One World Trade Center Observation Deck. 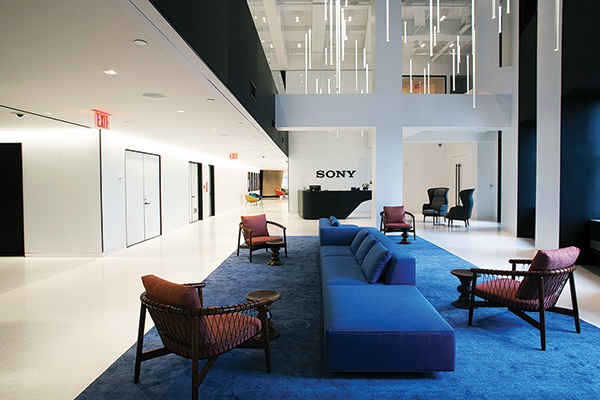 Skyline was considered for, and ultimately won the bid for the inspection of the One World Trade Center Observation Deck. It was an extremely emotional project. JB&B, Wavro’s former firm, designed the original towers as well as the new WTC complex. Wavro was working at JB&B only blocks away from the tragedy of 9-11. To be working on the reconstruction was the biggest honor of his career. Consisting of five floors, what sticks out for Wavro was the pride and quality of work that was displayed by all of the subcontractors. “We all knew we were a part of something special.” Within five years of existence, Skyline Engineering was now doing work on the most prestigious, high-profile address in the world. It was this success that has let to over 20 floors of fit-out work in WTC Tower 1, fitout work in Tower 4, and the Westfield WTC Mall.

For Skyline, the Westfield project presented many new challenges. The most extraordinary of these challenges was that they had to pass an extra level of inspection by the Port Authority of New York and New Jersey. What made that in itself more challenging was that there were plans being submitted by architects, engineers and contractors that had never done work in New York City before and were not at all familiar with the New York City Building Code. Many had never even been to New York City before. Once again Skyline Engineering rose to the challenge, to ensure these projects were completed in accordance with the code. It prepared and completed more than 70 tenants, as well as completing over one hundred separate projects for the mall operator, Westfield. “We were instrumental in the grand opening,” said Wavro.

Reflecting on the past and taking stock of the present, Wavro and Skyline now look to the future. For him, the vision for the future can be summed up in two words – public works. Having built the business on a commercial and residential clientele, Wavro is confident that Skyline is ready to make its mark on the city’s buildings, bridges, roads and tunnels. It is an approved vendor for all city agencies and its work with the Port Authority makes it especially skilled at navigating the waters of municipal special inspections.

Seven years after the creation of Skyline Engineering LLC, Wavro’s unique mix of knowledge, risk taking, confidence and hard work have solidified the company as the preeminent special inspection firm in New York City. He’s done so while staying true to his philosophy – “Provide a good product and service, keep your employees happy and grow together, grow the economy and improve each other’s lives.”