Community-building in the world of real estate in New York: A Sandy retrospective - by Donal O’Sullivan 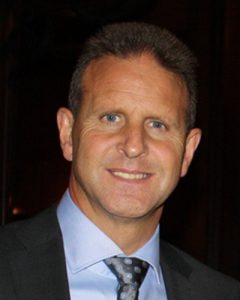 We frequently hear of community-building in the world of commercial real estate. For example, developers often create projects that aim to be part of “24-7 communities” that can serve as live-work-play environments. But while it is self-evident that construction companies engage in the physical act of building, it is less common to hear the expression “community-building” in reference to the brick-and-mortar world of our industry.

Yet in fact there can be multiple opportunities for community-building, as evidenced by the aftermath of one of New York’s biggest natural disasters. A storm of historic proportions, Superstorm Sandy left a trail of devastation across the entire eastern seaboard in 2012, causing more than $75 billion in damage.

Within hours of Sandy striking this region, our firm had the opportunity to act swiftly and come to the aid of storm victims. In the case of our operation, we would find that our company had become engaged in a remarkable form of community-building that would ultimately take shape in three ways:

First, in the most apparent sense, the company was literally engaged in the building – or really rebuilding – of local communities.

The storm’s impact on the Rockaways had been immense. An eleven-foot storm surge had receded to find thousands of tons of sand and storm debris covering local streets and spilling out of broken windows and doors. Homes and businesses alike had been gutted by powerful waves, buried in sand brought by the floods, and burned by fires triggered by ruptured gas lines.

During the first few days of the storm and its initial aftermath, Navillus sent 150 volunteers and heavy equipment to the Rockaways to help undertake emergency cleanup operations. Company crews did much of the heavy lifting during the cleanup effort, eventually digging out more than 300 homes.

Navillus set up a command center in the St. Francis de Sales Church parking lot. Volunteers set up warming tents and trailers, and distributed much-needed food and water to hundreds of adults and children, an initiative that would run all the way through January, very often for 12 -15 hours per day.

At their peak, these relief tents provided food and warmth for 4,500 people daily. The firm’s corporate volunteers stayed “on-the-clock” throughout this effort, with Navillus spending hundreds of thousands of dollars at the same time. Volunteers also provided critical emotional support to families who essentially lost all of their possessions. Volunteers and victims shed tears together as many residents came to the realization that sentimental items that were in their families for generations would be gone forever.

The firm provided local families and shopkeepers with health and safety training, which would properly prepare residents to work safely in flood-impacted buildings and homes as rebuilding progressed.

Our company was also soon selected to undertake repair work for some 2,000 single-family homes. Navillus Contracting was also tapped to do interior work on houses and other buildings, and we were named by the New York City Housing Authority (NYCHA) to undertake both general contracting and basement-to-roof electrical work at a number of apartment buildings. This work continues to this day.

Lots of real estate firms engage in in-house team-building through charitable events, 5K runs, and other corporate activities. But the internal community-building our employees experienced though our Sandy work was both uncommon and powerful.

Firm personnel who came out to volunteer in the Rockaways – and from many other emergency construction firms citywide – did not consist solely of carpenters, electricians, masons and other conventional hardhats. The team also included administrative staff, our bookkeeping team, marketing staff, and other “indoor” personnel.

And finally, in the third sense, the company’s employees found themselves involved in community-building in terms of the interpersonal relationships built with the people and families of Belle Harbor. As a Queens resident, this has been particularly meaningful to me.

Hurricane Sandy was devastating, but it also provided a chance to rediscover the best in this remarkable community. Our volunteers were privileged to get to know the residents of Rockaway and Breezy Point – people who held their spirits high despite the destruction that had swept through their neighborhoods.

Our volunteers were just a few of the many New Yorkers who helped this community. We were honored to serve area families in their time of need, and the Navillus family was moved by the storm victims’ heartfelt gratitude, despite their grief over their losses. Many of us have remained in contact with these same residents, community leaders and clergy we had the chance to help – and we are blessed to have developed friendships that will outlast our physical presence there.

Construction work is difficult and detailed. But it is important to always remind ourselves that, ultimately, we are engaged in community-building. And while Superstorm Sandy had many tragic impacts, it has also demonstrated that community-building can unfold in unexpected and inspiring ways.