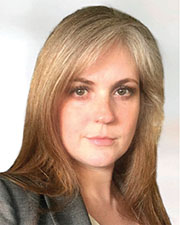 This is part two of a four-part series. Part three will appear in the January 7th issue of the Upstate Section.

I was waiting on my coffee order this past weekend, thinking about how to communicate the key, most important, do or die issue at stake in order to receive a great cost segregation study when the perfect metaphor presented itself to me. The franchise restaurant I was standing in had one of those indoor playgrounds for kids, and in between the slide and the crawl-through thingy, a drama was unfolding on the teeter-totter. A boy of about four was melting down. He sat on one end of the teeter totter, willing the teeter-totter to ‘go.’ He was standing up and down, holding the handles, in between howls. A little girl around the same age saw what was happening, and attempted to help him. She went to the other end of the teeter-totter and just as she was about to get on, the boy took his melt-down to level 11. Between screams it became clear that he did not want to share, and that this was his toy right now and she should leave.

This little boy is a lot like engineers and accountants who feel they can do a cost segregation study all by themselves. But studies are like the teeter-totter. They need both an engineer and a tax knowledgeable accountant to succeed.

Engineers and real estate investors who build their own properties are all too often convinced they can make the teeter-totter work all by themselves. And they can, sort of. They can pick up the handles and set them down. But they can’t make the machine really run, really perform its best. Over the 30+ years we have been performing cost segregation, nee component depreciation studies, we have found that approximately 30-50% of the value of a study is often lost, when these end users complete studies themselves, not in partnership with niche, tax knowledgeable accountants. Recent tax changes created from the Tax Cuts and Jobs Act have left even expert tax accountants scratching their heads, analyzing how to apply changes which greatly effect commercial real estate. Tax rates, Section 179 eligible items and the maximum dollar limitation, as well as bonus depreciation items and rates are among the most recent changes. This says nothing of the ever changing tax law cases which set new precedent either through new findings, and new court memos, or through new IRS interpretations. It is not enough to keep up with these many and varied issues on the federal level, because each state has its own rules and requirements.

Cost segregation is a niche tax strategy that requires a partnership with engineering to achieve the highest gains possible, through quality, IRS approved standards. Providers who require both an accountant and an engineer on site for each project are ensuring your study creates the best result possible.

Teeter totters never work with only one player. They require a balanced two part approach to soar. In choosing your provider, or in determining if you should do a study on your own, remember the value of collaboration. With 30-50% of savings on the line, playing well with others has never looked so good.