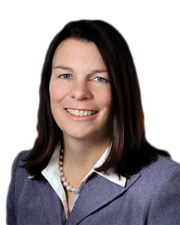 Reviewing the local zoning code of the municipality where a development is to be located should be one of the first steps in a successful project. Failing to understand the zoning code and its participants, including the code enforcement officer and the decision-making boards, can cause delays, unwanted modifications, additional expenses and could even terminate a project.

What happens if you don’t agree with the code enforcement officer, the gatekeeper to necessary approvals? In those instances, an applicant has two options to appeal the decision, neither of which is quick, and neither of which involves reaching out to other politicians, such as the town supervisor, mayor or board members, since they have no authority over the code enforcement officer. The first option is an appeal to the zoning board of appeals and the second option is to appeal to the New York State Regional Board of Review Department of State.

If the project requires local board approvals, their involvement will impact not only the project details but also the timeline. The local boards are not merely rubber stamps on the development project, and their approval is necessary to keep a project on-time and on-track. A developer should focus on the application process, making sure any application is complete and submitted timely in order to make it onto the board’s agenda. Projects cannot afford the monthly delays that will ensue if an application is not deemed complete or is submitted after the filing deadline.

Projects might also require a special-use permit, from either a planning board or a zoning board of appeals. Because this permit can be denied unless specific criteria are met, it is advisable to obtain approval before design details are completed.

If a project is to be built in a locally regulated historic district, it may require a certificate of appropriateness from a local historic preservation board. This board has broad authority over the exterior design of the project. Project details are not final until the historic preservation board issues its approval, which could impact not only the look of the project but also the budget.

A project that does not comply with the local zoning code as to its use or dimensional requirements, such as setbacks or height, will require a variance from the zoning board of appeals before it can proceed. This can impact the size of the project, sometimes making it no longer economically feasible, and the denial of a use variance can terminate the project altogether.

The goal of a developer is to construct a viable project that requires minimal approvals from a municipality. Without the necessary approvals, there will be no project. The approval process requires knowledge of the steps, flexibility in project design and a schedule that allows for the various meetings that will be required.

Even after a developer fully understands the current zoning code and its relationship to the project, the analysis is not complete, since municipalities have the legal ability to change the local zoning code even while a project is under review.

Specifically, if the elected officials do not want a project to proceed, they can enact a moratorium and change the local law. The only way a developer might be able to proceed in spite of a change in the local law is by acquiring vested rights, meaning that the developer has put shovels in the ground in reliance on valid approvals that have already been legally issued. While this does not seem fair, it is legal for a municipality to change the rules of the game while a project is under review. In fact, this often happens when a wind or solar project is proposed. The elected officials have the ultimate power to impact development through the zoning code.

The recent development of downtown areas in upstate New York cities has caused municipalities to take a fresh look at their zoning codes. Similar to tax incentives, which are a useful tool for impacting behavior, the local code becomes the presentation of what is desirable to the municipality. For example, urban development currently focuses on dense living, with access to public transportation to minimize the impact on the environment. Yet, most zoning codes still contain parking requirements. In fact, most zoning codes require expansive parking lots, which often go unused. This requires developers to include vast expanses of paved areas in a project, which is not the best use of property from an environmental perspective.

Upstate municipalities continue to wrestle with these issues. The local zoning codes need to be malleable enough to permit development that is consistent with the goals of the municipality without the need to constantly amend those codes. Municipalities have options, such as performance-based zoning, which allows flexibility in interpretation. Such flexibility, however, can give the code enforcement officer – already the most powerful person in the process - even more power. The key is to remember that the local zoning code provides the road map for developers, and it is not just a book to gather dust on the shelf.