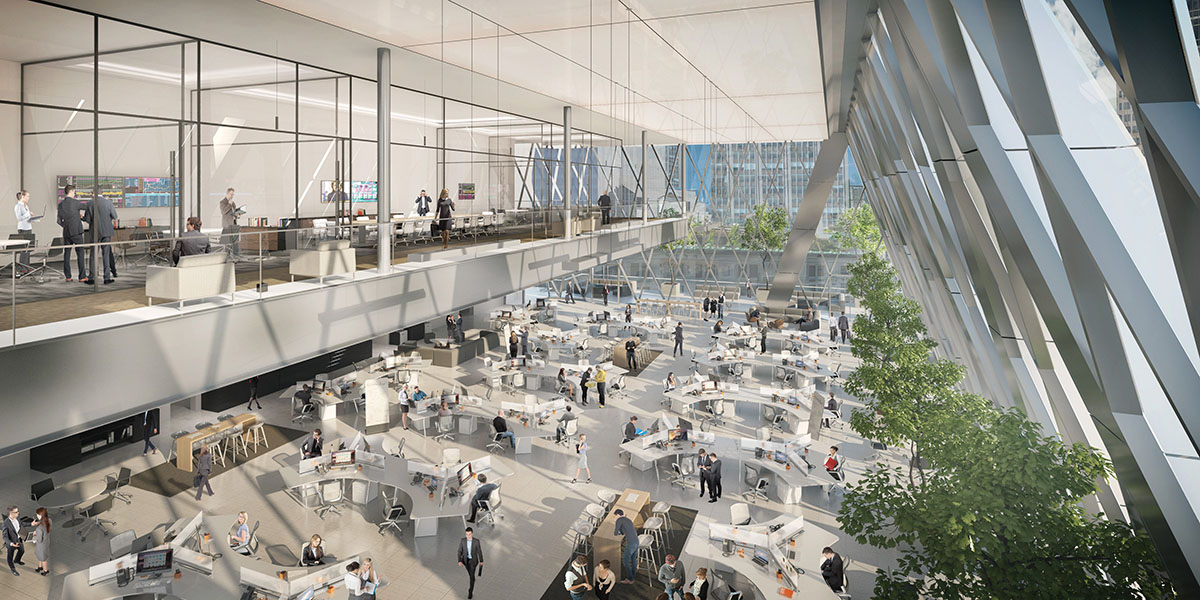 Manhattan, NY According to L&L Holding Co., anchor tenant Citadel Enterprises LLC, one of the world’s largest asset management firms, is expanding its tenancy at 425 Park Ave., a 47-story office tower under construction in the Plaza District.

Citadel’s expanded commitment at 425 Park Ave. follows closely on the heels of completion of the building’s steel superstructure in December 2018. The project, which is being designed by Pritzker Prize-winning architect Lord Norman Foster, is the first full-block office tower to be constructed on Park Avenue in over half a century. The tower will rise to 897 feet and be capped off by three distinctive ornamental steel and glass fins marking its imprint on the Manhattan skyline.

L&L Holding chairman and CEO David Levinson said, “Citadel’s decision to expand at 425 Park Ave. is a validation of our commitment to create the most modern, technologically-advanced and collaborative office environment in New York City. It will help Citadel attract and retain an elite and sophisticated workforce.”

L&L Holding president and chief investment officer Robert Lapidus added, “We are very excited to grow our relationship with Citadel at 425 Park Ave.. They are a forward-thinking firm who understands the importance of the 21st-century work environment that we are creating.”

Located between East 55th and 56th Sts., the new 425 Park Ave. will be defined by its best-in-class technology and amenities. The tower will feature a 45-foot tall lobby, two 38-foot tall setback floors, the higher of the two housing the building’s amenity floor, and a 38-foot tall glass enclosed penthouse office.  Each setback floor will incorporate more than 3,000 s/f of landscaped outdoor terraces. The upper setback will serve as a curated, building-wide amenity floor with dining and meeting spaces, relaxation and mediation rooms, as well as sweeping views across Central Park, Midtown and beyond.

L&L is partnering with chef Daniel Humm and restaurateur Will Guidara, the proprietors of the Michelin-starred Eleven Madison Park and The NoMad, on their third New York City restaurant, which will be situated at the base of the gleaming new tower. The property is being constructed to LEED-Gold sustainability standards and will be the first commercial office building to achieve WELL certification, which recognizes innovations to enhance the health and well-being of a building’s future occupants.

Citadel is currently located at 601 Lexington Ave. and plans to relocate to 425 Park Ave. when the project is completed in early 2020.