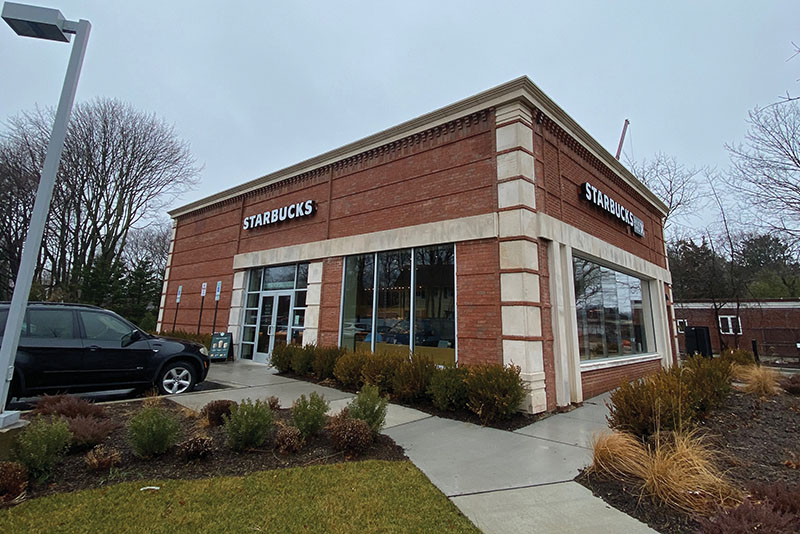 Recognizing the value-add opportunity with the existing drive thru and void in the market for a free-standing Starbucks, the tenant was procured and all required permits and entitlements were obtained from the town of Smithtown allowing Starbucks to take possession in late 2019. This new ten-year absolute triple net lease then allowed Five Point’s Canzoneri to maximize the asset’s value for the developer with a subsequent sale, completing the full-cycle development project, something Five Point and Canzoneri are known to specialize in.

The single tenant investment property was sold for $2.7 million, which was a 5% cap rate for the purchaser. Five Point’s pincipal Canzoneri represented the seller in the transaction and Jerry Mancini, senior associate broker at Five Point represented the buyer.

Strategically located on the westbound side of North Country Rd. and out positioning the competition, the recently opened Starbucks is poised for success.