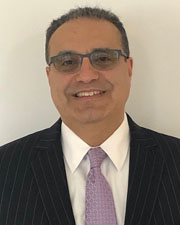 FISP 9th Cycle – Understanding Inspection, Classification and What to Do Next

While the entire country shelters in place, BOMA New York has shifted all in-person committee meetings to conference calls. The BOMI curriculum evolved into online courses, while other programs such as the monthly Lunch & Learns are now being offered as webinars.

Deborah Deluca commenced the first live broadcasted webinar by welcoming the registered members and congratulated the group for being a part of tripling the size of a standard in-person Lunch & Learn. She explained that the monthly event typically sells out at 40-people and that this webinar attracted over 120-people to listen to Brian Sullivan, principal of Sullivan Engineering. Deb introduced Mr. Sullivan for a 45-minute presentation about ordinances related to building envelopes, followed by 15-minutes of Q&A.

The professional engineer began his presentation by reminding the audience that building envelope regulations have been around since the 1980s and declared, “These rules are difficult, cumbersome, and expensive – yet justified.” Brian continued, “FISP is good for tenants, good for the community and good for building owners.”

Mr. Sullivan underscored that including New York, 12 municipalities nationally have façade ordinances. He said that we usually do not see ordinances in a city, or an update to existing ordinances until an unfortunate incident happens. Brian further explained that while this policy is written for our collective protection, it helps to understand the evolution over the years to appreciate both the letter of the law and the spirit of the law. He then proceeded with a brief history lesson – dating back to May 16, 1979 and Local Law 10, and included multiple other incidents to date – all of which helped define the set of façade rules for front, rear and side elevations, as well as how to treat balcony railings, terracotta, wall ties and window AC units.

With that introduction, Brian clarified that while most cities require façade inspections five stories and above, New York requires all owners to inspect their façade on all buildings greater than six-stories and then went on to present some of the specifics of the 9th Cycle of FISP – Facade Inspection Safety Program.

The QEWI and owners must follow a predetermined set of classifications:

If a façade issue is deemed “unsafe,” the QEWI must notify the DOB via its online portal, DOB NOW, within 48-hours of the inspection, followed by the construction of a sidewalk bridge and resolved within 30 days. Mr. Sullivan recognized that the 30-day timeline is unrealistic and advised that owners can file for a FISP extension request. After the issue is resolved, the owner needs to request to remove the sidewalk bridge to give the DOB the opportunity to send an inspector.

Brian also reviewed the complexities and specifics of a TR6 report, and overemphasized the importance of accountability, saying that everyone needs to be held accountable – from ownership to the scaffolding rigger. He suggested a good way to keep QEWIs accountable is to pass on the fees for administrative mistakes, as they can add up.

The QEWI must submit the TR6 Technical Report within 60 days of the inspection. Owners must log onto DOB NOW to pay the filing fee and once that is paid, the owner is given access to the report that must be approved.

If an owner failed to file the 8th Cycle, it can be closed out by filing the 9th   Cycle and addressing all unsafe and SWARMP categorical issues. Any SWARMP item not addressed from a previous cycle will automatically be classified as unsafe.

The more images and associated detail an owner has for their façade inspection, the better. Mr. Sullivan reviewed the different methods to inspect the envelope – Scaffold, Boom Truck and by SPRAT, a.k.a. rope access or rappelling. The SPRAT method significantly reduces the cost of an inspection.

A logged-in member asked about the likelihood of using drones for inspections. Mr. Sullivan explained that while not out of the realm of possiblities, there are FAA restrictions to work around, battery issues and the DOB requires hands-on inspection – something that a drone can’t do yet.