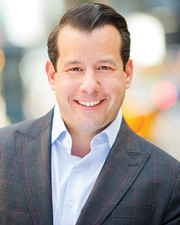 Big Tech companies need to be in locations that house and retain large pools of highly educated and ambitious employees. These companies have seen exponential growth over the past decade and need to build quality workforces to accommodate this growth. To accommodate its growing workforces, Big Tech has been building its office footprint in cities like New York. Within a few years, Big Tech companies will be the largest office tenants in New York City.

For years, many New York City-based companies have been complaining about the high costs of operating. These companies stayed in New York and accepted the high operating costs since they did not want to disrupt their operations. When COVID hit, some of these companies moved to lower cost areas because their operations were disrupted, and they had a window of opportunity to move. For Big Tech companies, the incremental costs of operating in New York versus a secondary market is minimal relative to their trillion-dollar valuations and massive growth. The growth of Big Tech employment will quickly fill many of the high-paying jobs that NYC lost during COVID. In addition, Big Tech’s growing influence and employment pool in New York City will further help the city’s financial and media firms increase their rate of digitization.

New York has historically been the finance capital of the world and finance jobs have been some of the highest paying on average. The industries footprint has created many high paying legal and professional service jobs as well. These high-paying jobs have caused a trickledown effect for the NYC economy, which helped many of the great cultural institutions thrive to ultimately make NYC a cultural center of the world. Due to the rapid acceleration of technology and the traditional economy’s willingness to adopt it, companies have been automating many of their functions, outsourcing back-office jobs to other states and countries, and allowing key employees to work from remote locations. This has slowed job growth in New York’s traditional professional service economy. Luckily for New York, many Big Tech firms pay their employees high salaries. As Big Tech’s dominance grows in New York, many of the businesses frequented by workers from the city’s traditional economy will have an increased customer base from technology professionals. The growth of Big Tech firms in NYC will ensure a strong growth rate for high paying jobs in the city, which will help many small business and cultural institutions thrive.

Some of the most exciting new office developments in the city are being gobbled up by Big Tech firms that will result in firms like Google, Amazon and Facebook being some of the largest tenants in New York. Google is the dominant player in the NYC tech scene with approximately 5.225 million s/f of office space in the pipeline. That might make Google the largest private office tenant/occupant in New York City once all its projects are complete. It owns 111 Eighth Ave. which totals 2.9 million s/f, they are building a 1.7 million s/f campus at St. John’s Terminal in the Hudson Square neighborhood, leased 300,000 s/f of office space at Pier 57, and recently acquired an additional 325,000 s/f of office space at 450 W. 15th St. Amazon is expanding their NYC footprint by leasing 335,000 s/f at 410 Tenth Ave., 360,000 s/f in Hudson Yards, 400,000 s/f at 7 W. 34th St., and recently acquired the 630,000 s/f Lord & Taylor building which it will be converting to office space. Amazon has made a substantial investment in the New York City economy by increasing its Manhattan footprint to 1.725 million s/f. Facebook recently leased 730,000 s/f at the James A. Farley Building, 1.5 million s/f in Hudson Yards, and currently has its 700,000 s/f headquarters at 770 Broadway.

The strong pipeline of high-paying tech jobs entering the city can help ensure a strong post-COVID economic recovery for New York City. Google, Amazon and Facebook will rival the largest banks in New York in terms of square feet occupied. New York City landlords need to embrace and cater their buildings to the needs of Big Tech companies and their employees. At the end of the day, New York is one of the only cities that can house the demand for high quality housing, cultural experiences, and office space that Big Tech companies need to attract and retain their employees. As the saying goes, “Never bet against New York!”