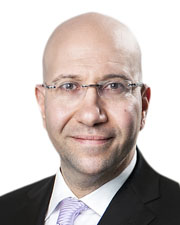 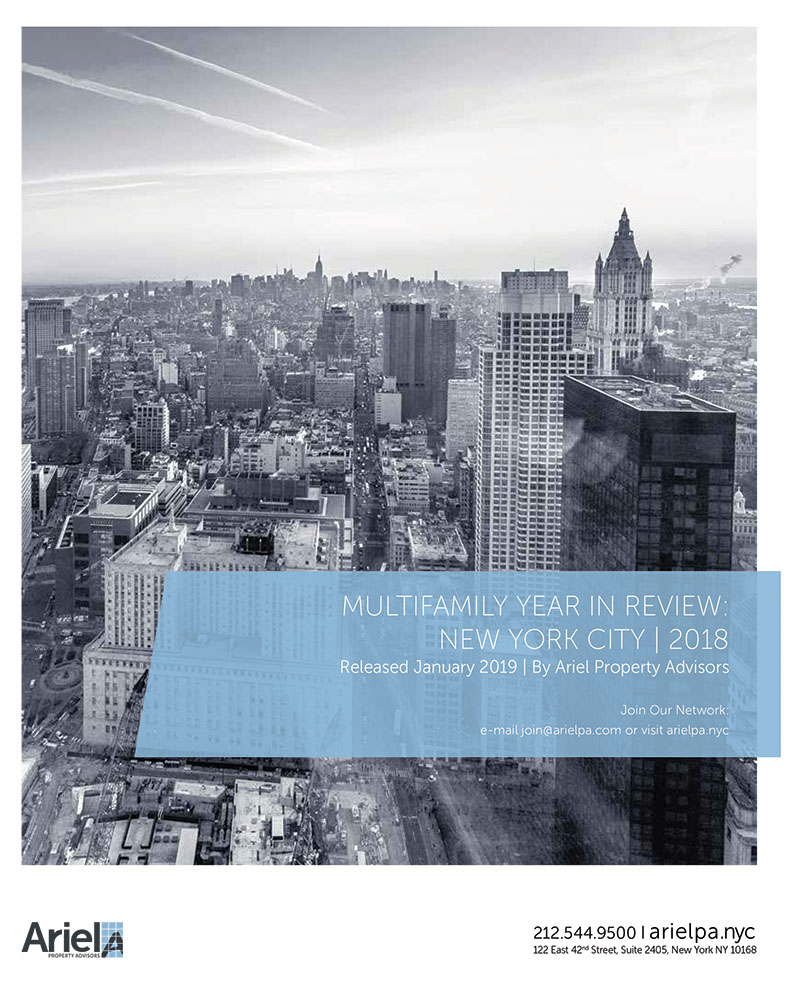 Q: How did the multifamily market perform in 2018?

A: The New York City multifamily market bounced back in 2018, with every volume metric registering a year-over-year gain. Dollar volume soared to a two-year high due to a sharp uptick in institutional sales.

Overall, the city saw $11.1 billion in multifamily sales take place across 473 transactions and 896 buildings. When compared to 2017, dollar volume soared 55%, while transaction and building volume rose 5% and 16%, respectively. Despite the annual gains, overall volume was subdued compared to levels observed in 2016. Nevertheless, 2018 witnessed a dramatic reemergence in big-ticket sales.

Dollar volume jumped because the deals that got done were larger transactions, but sales volume was flat.

Pricing, meanwhile, was a mixed-bag, with notable firming seen in the Bronx and Brooklyn. For pricing metrics on all New York City sub-markets, see page 6 of APA’s report, available at http://arielpa.com/report/report-MFYIR-2018 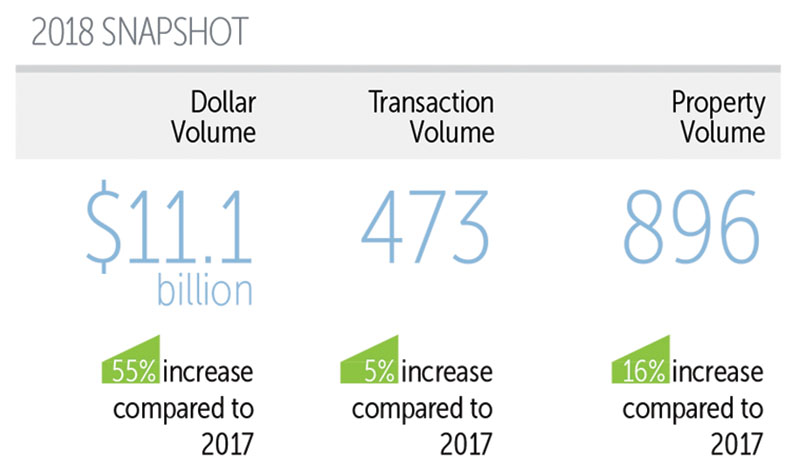 A: Multifamily market participants had to reconcile a variety of factors in 2018, from higher borrowing costs and ambiguity surrounding rent regulation to a struggling rental market. Uncertainty regarding the regulatory environment surfaced during the year since the laws governing the city’s rent-stabilized and rent-controlled housing stock are up for renewal in June of 2019.

At the same time, this should spur a strong uptick in demand for multifamily buildings that are overwhelmingly comprised of free-market units. In addition, investors have become increasingly interested in newly-built rental assets that benefit from 421-a, especially when the abatement is locked in for at least 10 years.

Q: How did the submarkets perform last year?

A: Manhattan below 96th St. posted the highest dollar volume in NYC. The borough’s dollar volume, at $4.25 billion, marked a 76% surge on an annual basis. Transaction volume reached 114 trades, a nominal 3% decrease versus 2017. The most active neighborhoods were the Upper East Side and the Upper West Side.

Brooklyn’s multifamily market fared well in 2018 as it was the only sub-market to post increases in all three volume metrics. The borough’s 139 transactions consisted of 269 buildings and recorded a total consideration of $3.05 billion, representing increases of 19%, 21%, and 112%, respectively.

Queens experienced a mixed performance last year. Despite being the least transactional sub-market, dollar volume in the borough exceeded that of the Bronx and Northern Manhattan. During the year, Queens saw 52 transactions comprised of 70 buildings for a gross consideration of $1.39 billion. Transaction and dollar volume rose 18% and 67%, respectively, while building volume slumped 41%.

On a neighborhood level, the most active regions in Manhattan below 96th St. were the Upper East Side and the Upper West Side. In Northern Manhattan above 96th Street, Washington Heights was the most transactional.

In the Bronx and Brooklyn, Morrisania and Flatbush recorded the most sales activity, respectively. In Queens, Astoria was far-and-away the most active.

Q: What do you see on the horizon for the multifamily market this year?

A: Three factors will have an outsized impact on market activity in 2019:

We are forecasting higher volume and pricing in outer-borough areas that have been designated as “Economic Opportunity Zones.” The neighborhoods of Coney Island, Sunnyside, South Bronx, and Far Rockaway will likely be some of the biggest beneficiaries of the attractive tax incentive.

Meanwhile, the state Senate’s flip to Democratic control last year may pave the way for party leaders to implement sweeping reforms to the state’s rent laws that govern rent regulation and limit landlords’ capacity to command more money from tenants.

The multifamily asset class has been attracting a lot of investor attention in anticipation of changes to rent laws following last year’s mid-term elections. As a result of this uncertainty, we are expecting lower transaction volume during the first half of the year.

Limiting a landlord’s ability to increase rent should spur a strong uptick in demand for multifamily buildings that are overwhelmingly comprised of free-market units. In addition, investors have become increasingly interested in newly-built rental assets that benefit from 421-a, especially when the abatement is locked in for at least 10 years. This strategy offers immediate yield and a guarantee that rent growth will go directly to net operating income (NOI) without the concern of increased taxes for a relatively long period of time.

Mortgage rates will keep playing a major role in pricing in 2019, specifically for multifamily properties, and we anticipate prices for these assets to be affected.

A: Ariel Property Advisors’“Multifamily Year in Review 2018” and all of our research reports are available on our website at http://arielpa.nyc/investor-relations/research-reports.