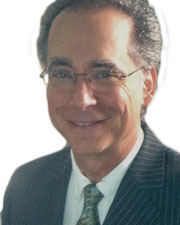 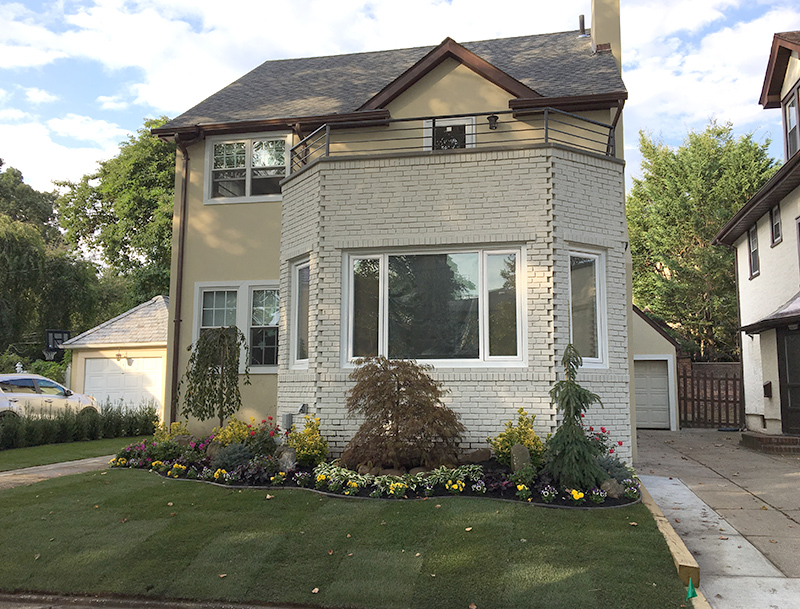 Liz and John Schaefer bought this house because it was facing south, was in the area they preferred and was large enough to accommodate a multi-generational household. The house was already renovated inside, but it seemed as if the prior owners never got to restore the exterior.

The house was covered with a variety of finishes that did not look good nor conform with the standards of the Van Court Association in Forest Hills, NY. (http://foresthillsvancourt.org) The first floor had a troweled on finish that looked like it was applied by amateurs and did not protect the house from the elements.

This house is one of five almost identical houses in a row, and all the other houses had a fine coat of stucco finish. This house stood out as the worst house on the block. We were considering applying the stucco on top of the existing cement but decided that we would get a much better job by removing all the old finish and starting from the wood sheathing: this allowed us to inspect the house for any damages or openings. I am glad we did because some windows and doors were covered up inadequately and rotted wood that we had to correct, reinforce and insulate. There were also lots of waves and uneven application of the old stucco that would have made the final coat rough. The cost of removing all the old stucco and repairing the sheathing ($30,000) was money well spent.

The other major decision was what kind of stucco we should use? There are many types of stucco claddings, but they can best be split into three primary categories: traditional three-coat stucco; newer one-coat stucco; and exterior insulating and finish systems (EIFS). We decided to go the conventional three-coat application of (trowel applied) cementitious material (stucco) no greater than 1” (25.4 mm) in thickness. 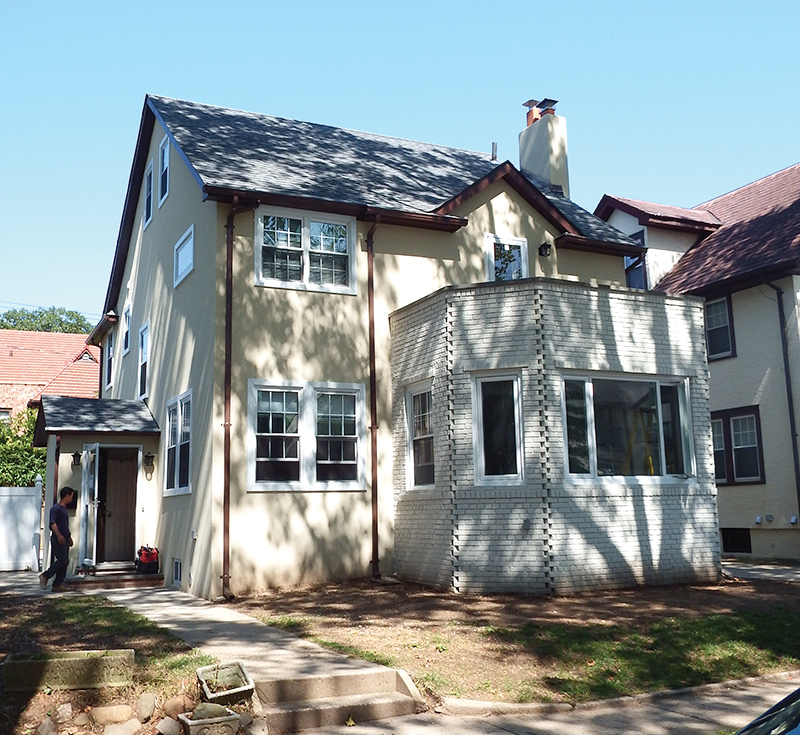 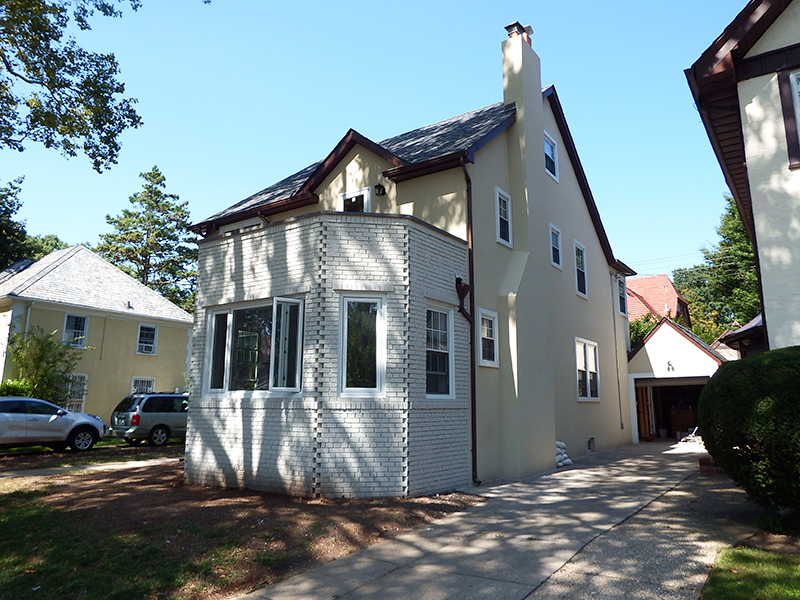 We obtained a few bids and decided to hire a local contractor that did a lot of work in the area. They went ahead and removed all the siding for the entire house, applied tar paper sub-strait, wire mesh, rough coat, medium coat and final coat of cementitious stucco. The other significant advantage of removing the existing stucco was that the new stucco was flush with the window framing and door framing. All told, the new stucco made the house look like it did when it was first built. It now looks like the best house on the block.