ACEC New York: The need to build a new consensus to build - by Ken Fisher 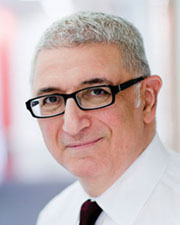 While New York City construction spending hit historic levels in 2019, history may record this year as the turning point when policies that encourage growth were tested and the need for new advocacy from those who steward the built environment became urgent.

The year began on an inauspicious note. After local opposition to discretionary incentives and density commitments negotiated with the State and City, Amazon announced that New York was no longer in contention for its second headquarters.

Lost in the rhetorical fog were the merits of the deal itself, redevelopment of an underutilized industrial waterfront, a promised 50,000 jobs and a boost to the critical growing creative and tech sectors on which New York’s economy is now based, the backlash against Amazon exemplified the debate of whether any development, no matter how beneficial, was ultimately more negative because of its potential for gentrification.

And that was just the beginning.

With a shift in control of the state Legislature, the most restrictive multifamily legislation since the adoption of rent stabilization itself fifty years ago was enacted in Albany. It imposed severe limitation on rent increases for individual apartment renovations and major capital improvements, as well as making condo conversions, which usually involve building upgrades, much more difficult. Owners still must, of course, maintain their buildings but will invest less, with many smaller owners struggling to replace roofs, boilers and elevators.

Beyond that, a troupe has taken hold that almost all development, even new lower income housing, leads to displacement. That the affordability crisis is a function of demand exceeding supply eludes the advocates who chose to blame those who actually build and maintain buildings. This has resulted in even Bill de Blasio being attacked for being in cahoots with developers simply by leveraging private investment to address a growing city’s housing shortage.

This pernicious notion fails to recognize that the public sector alone cannot meet the need for new housing and commercial buildings. In fact, it can’t even meet the needs of the present residents of NYCHA public housing.

Fortunately, unlike in physics, political reactions are not always equal and opposite. An anti-anti-Amazon backlash has emerged with responsible voices proclaiming that economic and real estate development are critical for the city’s long-term future. They recognize that real estate, construction and development provide tens of thousands of entry level and middle-class jobs, as well as providing a substantial part of the tax base, and literally the places where New Yorkers live, work, shop, play and stay.

To counter the empty political rhetoric and anecdotes that drive some politicians takes fact-based analysis and forward-looking solutions.

That is why it has never been more important for industry professionals to offer their knowledge, expertise and energy to move public opinion. Professional engineers, in particular, are valued for their rational contribution to civic dialogue, expressed through the volunteers of organizations such as the American Council of Engineering Companies of New York.

While momentum will continue to carry construction spending higher over the near term, over the long run, the future of New York requires a renewed commitment to responsible growth by the people who know how to accomplish it best, because they already work every day at making New York a better place.