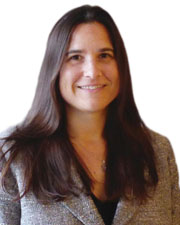 The Long Island office market maintained its strength throughout the final quarter of 2019, closing out the year with the highest volume of year-end leasing activity since 2016. According to our most recent data produced by CBRE’s Long Island office, the market experienced 412,000 s/f of total leasing activity during the fourth quarter, a 6% increase from the previous quarter. This brought the overall year-to-date activity total to 1.89 million s/f, a 19% jump from 2018’s year-to-date total. A new trend we observed was the substantial demand for class B office space on Long Island, which account for 56% of the quarter’s lease transactions. 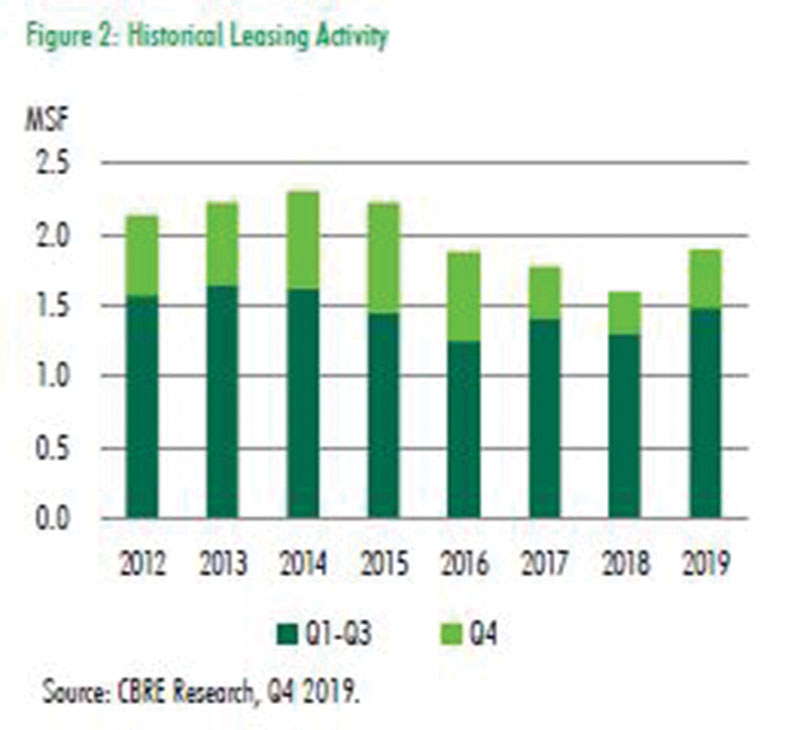 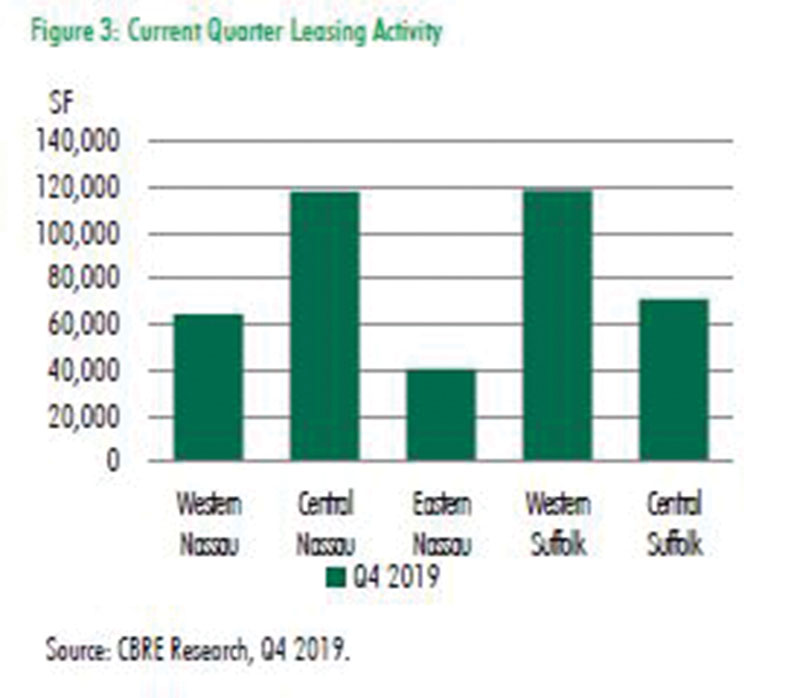 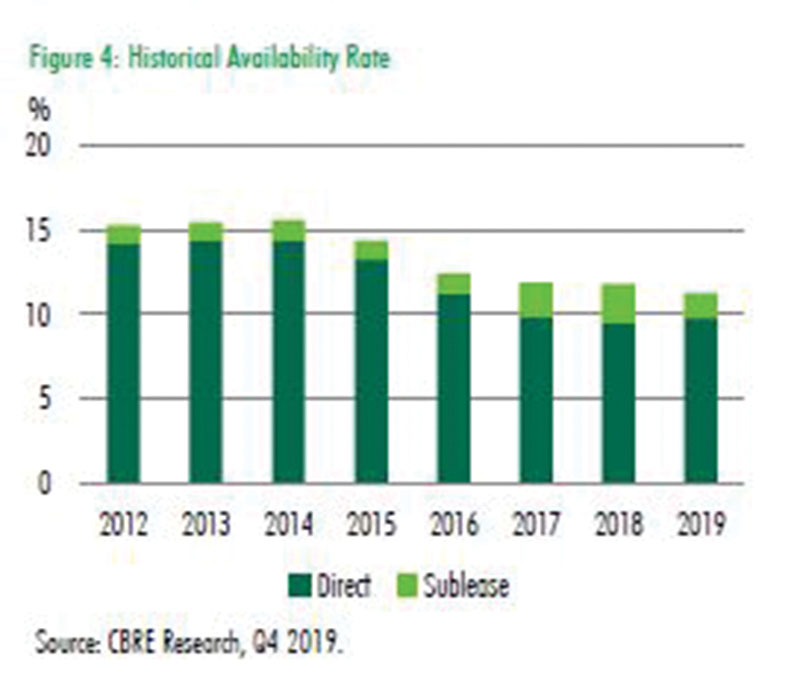 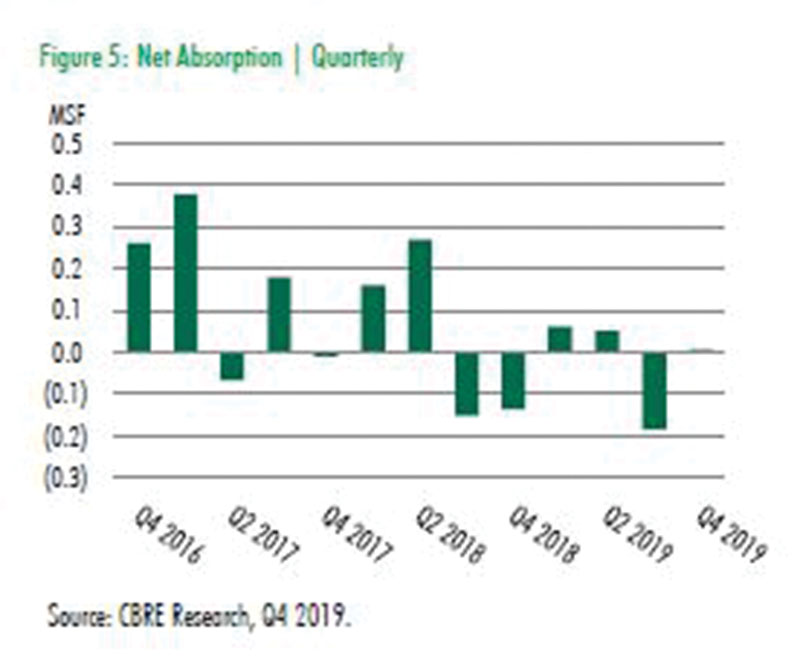 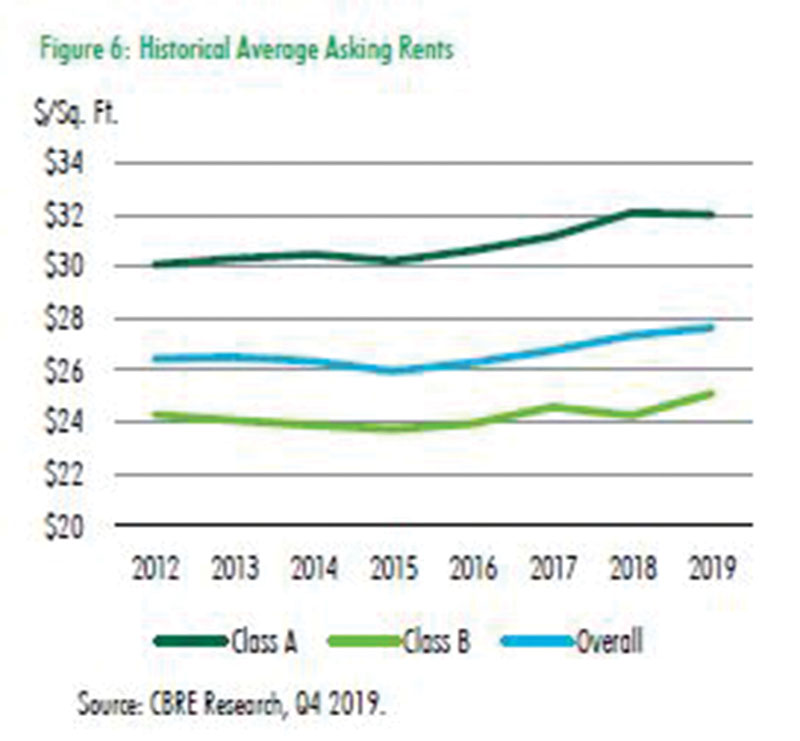 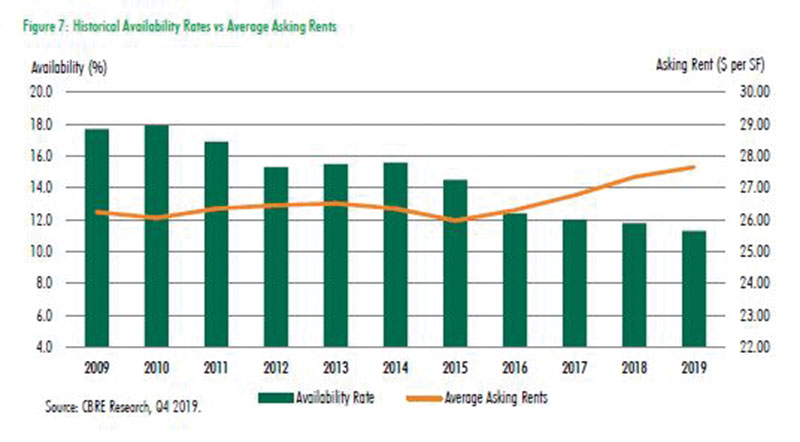 Despite the impressive leasing velocity, the total square footage leased during Q4 fell below the five-year quarterly average. However, the quarter’s strong performance helped propel Long Island into positive net absorption, increasing 6,650 s/f from the third quarter. As a result, overall asking rents remained steady throughout the year, ending the quarter at $27.65 per s/f. Availability on Long Island hovered at 11.3%, relatively unchanged from the previous quarter and down 11.8% from this time last year.

Additionally, we witnessed office transaction volume increase on Long Island in 2019 from the previous year, totaling $46.5 million and bringing the year-to-date figure to $353 million. The top sale of the quarter was the $31 million acquisition of 585 Stewart Ave. in Garden City, KMR Equity Partners’ 155,000 s/f office building and JFR Global Investments’ 550,000 s/f acquisition at 900 and 990 Stewart Ave. in Garden City for $91 million was one of the largest sales of the year.

Between the steady demand and rising asking rates, the momentum on Long Island is poised to continue throughout 2020.