Executive of the Month: Schwartz, real estate department chair of Herrick, Feinstein; Leads a group of 53 attorneys and planners 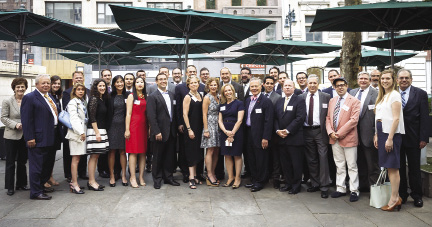 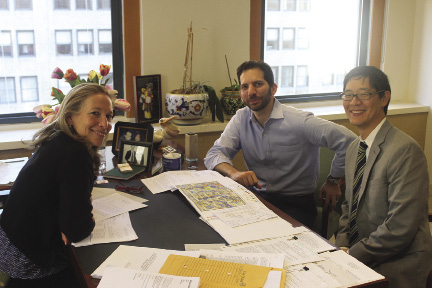 As chair of the real estate department at the law firm Herrick, Feinstein LLP, Belinda Schwartz leads a group of 53 attorneys and urban planners, one of the largest real estate practices in the city. She is also one of the only women to chair a major commercial real estate law practice in the United States.
A lifelong resident of Manhattan's Upper West Side, Schwartz developed an appreciation for architecture and development at an early age. During an internship with real estate firm Phillips International right before entering NYU law school, she fell in love with real estate even more.
After graduating NYU, Schwartz began her career at the law firm Cole & Dietz, where she advised lenders in real estate financings. From there, she moved to the law firm Wien & Malkin, whose principals - legendary real estate investors Lawrence Wien and Peter Malkin - also controlled the Empire State Building. She became a partner there in 1991, and later became one of the investors in the building, which sits right outside her window today.
While at Wien & Malkin, Schwartz negotiated a deal against lawyers from Herrick. Attracted by their entrepreneurial nature, she moved to Herrick in 1997. "I was specifically looking to move to a firm that was heavily focused on real estate and deal making," she said. "Herrick's lawyers were an engrained part of the industry. They also had a unique ability to be creative and shape their own careers, which is something of a holy grail for big firm lawyers."
Today she heads up Herrick's highly-touted real estate department, a dual role of sorts. Besides managing the growth and operation of the firm's real estate practice, she has a roster of high-profile clients, including institutional owners, developers, investors, and some of the city's biggest real estate family businesses, who rely on her counsel - and connections.
"Belinda is a shrewd negotiator, one of the best around in my opinion," said Jodi Stein, an acquisition and development executive at Lightstone. "She has a rare ability to dissect problems, and shift from aggression to finesse as the situation dictates. She also connects with people in such a meaningful way - she's not a sledgehammer trying to dictate terms, she sees the other side's perspective and finds places to collaborate where others wouldn't."
Since she became chair in January 2014, Herrick's deal volume has surged. In the past year, the firm's real estate lawyers have closed more than $6 billion in sales, financing, leasing and other transactions. Notable deals include Lightstone's $330 million sale of 1407 Broadway; AEW Capital Management's sale of 175 Varick St. to Tishman Speyer, and the $320 million refinancing of the Woolworth Building's office condominiums.
The department's real estate litigators have also been on a tear, including a much talked about win for Toll Brothers and Starwood Capital last month. In that case, Herrick's litigators defeated an action, brought by a local community group, which sought to stop the joint venture's construction of Brooklyn Bridge Park's Pierhouse development project.
Despite the volume of work across the department, Schwartz still finds time to be creative. Earlier this year, she helped organize Herrick's strategic alliance with former Malkin Securities executive Ned Cohen, who recently created his own real estate investment firm, NHCohen Partners. His firm, which syndicates real estate investments from high-net-worth investors and family offices, provides Herrick's lawyers with a valuable pipeline of equity financing, which they can introduce to clients.
The rest of Herrick's real estate practice continues to evolve, too. Six new lawyers have joined the department in 2015, including former Squire Sanders real estate finance partner Ellen Shapiro, leasing counsel Lisa Segal, and David Kaufman, who joined from a competitor firm to expand Herrick's presence in New Jersey. Herrick's land use and zoning group has also grown - Eldad Gothelf, a seasoned urban planner has come on board, as has Anne McCaughey, a former general counsel of the land use division of the New York City Council, and lead counsel to the Council's land use committee.
"Talented people come here because they get to work in a collaborative environment," said Schwartz. "Many firms say they're collaborative, but their actual culture contradicts that. We've built something special at Herrick. There's a genuine attitude that a rising tide lifts all boats, which resonates in everything we do. Every day we're working together to tackle thorny legal problems, or to give our clients a competitive advantage they wouldn't have anywhere else. We're a family, and that makes our job so much more enjoyable."