A nation of laws: Battling corruption in the building department 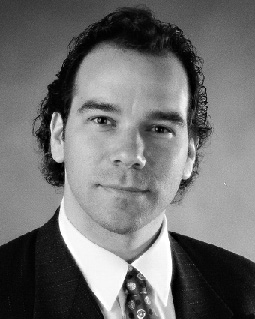 Watching the recent HBO mini-series "John Adams," I was struck by something John Adams had said to his fellow countrymen. In the days after the Boston Massacre of 1770, Adams, a lawyer by trade, took on the case to represent the British soldiers accused of murdering five Bostonians. Although six years before the Declaration of Independence was written, the pot of freedom was being stirred in Boston under a low flame. It was about to boil.
Adams was vilified for defending these soldiers. When asked by his cousin, the rabble-rousing Samuel Adams, how he could side with the British, Adams responded that all men are entitled to a proper defense. And more importantly, no one is above the law. We are a nation of laws, not individuals.
The recent crises affecting various building departments here on Long Island as well as in New York City, is disturbing on many levels. People who are entrusted with the safety and welfare of the general population must be reminded that even though they hold positions of power, they are still not above the laws they were hired to enforce. With indictments made, and cases either being settled with guilty pleas or convictions, we are reminded that justice prevails in a nation ruled by laws.
In addition to being a property owner and manager, I am an architect. I see what occurs in the various building departments, and it is a pot about to boil. Over the past several years, building departments have been flooded with applications from developers, contractors, and
homeowners. Without the manpower to handle the workload, hundreds of applications lay in state on some plan examiner's desk. Every day that goes by without an approval causes financial hardship, affecting people's livelihood. So, as weeks turn into months, and with the applicant in a state of flux, he wonders what could be done to push his project along. For the unscrupulous, a decision is made to offer a bribe. But it takes two to tango in this case. When the acceptance of a bribe is made, that is when we realize that the system is flawed. Sometimes fatally.
Currently under investigation in Manhattan are issues such as whose fault it is when a crane topples 40 stories killing seven people, or when a steel plate falls hundreds of feet narrowly missing a child playing baseball. Sure, it's easy to point fingers after-the-fact, but when approvals are issued in a way that circumvent the normal process, or when inspectors fail to make the required inspections, then we must consider a course of action.
"Don't worry, I know someone at the building department." How often have we heard this before from an architect, expediter, or contractor? While we may be attracted to such an assertion, the fact that we think we need to know someone at the building department speaks to the general corruption within its walls. If two neighboring homeowners submit near-identical plans for an addition to their houses, is it right that one application gets approved within a few weeks while the other sits in limbo? Can you imagine being involved in litigation, and someone winking, saying "Don't worry, I know the judge."?
While I applaud the recent convictions, it is more important to create an environment within the building departments in which corruption is not the norm. Suppose more tax dollars found their way into the building department to increase staff size and to hire better educated inspectors. Suppose the approval process were streamlined so that simple interior renovations can be self-certified by design professionals. Suppose all applications were reviewed within a few weeks' time. Suppose obvious "denials" were given the same day so that the zoning variance process could begin that much sooner. Suppose the status of open applications was made available on a secure website.

Suppose we put an end to business-as-usual, and focus on creating an environment in which fairness supersedes corruption. After all, we are a nation of laws.