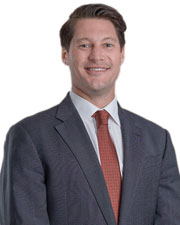 Which project, deal, or transaction was the “game-changer” in the advancement of your career?
When I represented both The Durst Org. and Landmark Theatres at 625 West 57th St., Landmark signed a 25-year lease for 30,000 s/f on the corner of 57th St. and the Westside Hwy. This location became their East Coast flagship. The building is a masterpiece designed by Bjarke Ingels but was located in an area with zero-foot traffic. I was able to sell Landmark on the growth potential of the neighborhood and secure a strong anchor tenant for The Durst Org. The building’s tetrahedron-shape is now an icon in the NYC skyline. The property has helped curate a new neighborhood and has signed deals and welcomed schools, pet cares, restaurants, and resident services for thousands of families to the community.

How do you contribute to your community or your profession?
I am active in the non-profit organization, Team for Kids, which promotes healthy and active lifestyles in children all over the country. Being active is a huge part of my daily routine, and I firmly believe that these healthy habits are formed at a young age. I recently raised over $10,000 for Team for Kids and ran in the NYC Marathon on their behalf. It was my first marathon, but not my last!

What led you to your current profession?
I am originally from Southern California and I interned for Cushman & Wakefield in San Diego while still in college. When I graduation from USD in 2009, jobs were few and far between, but I gravitated towards a career where I could work for myself and have unlimited potential to grow and learn. So, my unpaid internship continued until I had a few deals under my belt. While my internship was an invaluable learning experience, I wanted to play in the big leagues. I cold-called every NYC broker that I could find, requested an interview, and asked them to take a chance on the beach-kid from California. I’ve been in NYC for over eight years now and I’m loving it!

What can our political leaders do to increase equality in the workplace?
Our leaders need to enforce policies that help women achieve a better work-life balance, including longer paid maternity leave, paid (and unpaid) childcare leave, and increase childcare subsidies. Equal pay would help women feel supported while still, simultaneously, emphasizing the value of maternity to both their families and their communities.

Who or what inspires you?
Undoubtedly, my dad is my inspiration. Ever since I was a child, my dad has written at the end of his letters and emails to me “ADYB-BKTE.” This is an acronym for: “Always Do Your Best-Be Kind To Everyone.” He is such a hardworking person who always treats people with relentless respect. He’s also extremely curious about the world and his hunger for knowledge has rubbed off on me…I’m addicted to absorbing information and gaining new knowledge.

If your life were made into a movie, what actor would you want to portray you?
Keanu Reeves because he is both mysterious yet intentional. He’s also a quite altruistic off-stage. I would be grateful if somebody with his upstanding character portrayed me in a movie.

What do you like most about your job?
I love the people that I work with. I always tell young brokers that finding a mentor who you can enjoy being around and can learn from is most important element in your work-life balance. My team’s dedication to growing and learning is also very inspiring.

What social media platform do you use the most professionally?
LinkedIn.