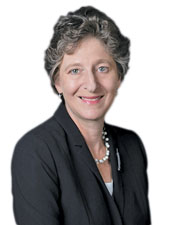 Who inspired you to join the CRE Industry?
My first job after law school was with a law firm called Tufo & Zuccotti, a boutique firm specializing in land-use and zoning law. John Zuccotti became a mentor and a role model. His leadership, in both his work as a zoning lawyer and his exemplary career in government, was inspiring. He had this ability to walk into a meeting where there were opposing views, listen to them carefully and find common ground that resulted in a compromise between the parties. Throughout my career as a land use and zoning lawyer, I have often thought about what John would have done in deciding how to present my client’s position in a presentation or in a meeting.

How do you hold your own in a negotiation?
Negotiations are a central part of our business and I always start by being very well prepared. It’s also imperative to not to be afraid of the people with whom you are negotiating. Once negotiations start, I’m comfortable making statements people may not like, as long as those statements are appropriate and necessary.Ultimately, a balance needs to be struck between taking a hard line and compromising in order to get a deal done.

What recent project or transaction are you most proud of?
We were recently involved in the sale of the ABC campus on West 66th St. and its acquisition of the rights to develop 4 Hudson Sq. I advised the client on numerous land and zoning questions associated with both properties and assisted in drafting legal documentation to consummate the deals. I have worked for The Walt Disney Co. for many years, and have a very high regard for the people with whom I have worked, and the manner in which they run their business.