2018 Ones to Watch: Perry Lee, Director of Acquisitions at Margules Properties 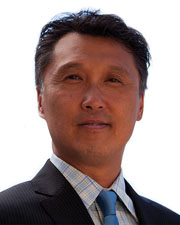 Year that you entered your current field? 1985

Who or what do you attribute to your success?

Success? Not sure that I am. I suppose it is up to my peers to judge me on that count. I think enjoying the day to day is a very important factor of success. Although, I will say that the many factual real estate books, Helmsley, Eichner, and Trump were influential in developing my passion. One story comes to mind, I think his name was Tsutsumi in Japan. He bought a lot of land around the perimeter of Tokyo for pennies during World War II. While everyone was running away, he sat in a bunker making real estate purchases. He later was able to build a railway linking his properties to central Tokyo. After that, his land was worth a fortune.

How do you manage the work/life balance?

I always said, “How successful are you if you do not have the time to go fishing (golfing, traveling, etc.)?” I tend to live by this motto as much as I can. In this business, it’s not that difficult to work less or more. Think about this; 1 building owned free and clear would produce enough income to live modestly and work 10 hours per week. I tell the younger people to design their life as they want to live, and live it.

How did you get your start in your current field?

When I turned 18, I went and got my salesperson’s license. I began working for a company called General Development. They had a savings plan to buy land in Florida and later convert into a home that they would build.

Where do you see yourself in 5 years ?

When I was younger, I thought that I wanted to retire early and go fishing. Since then after seeing some retirees, I have decided to keep working for a while. Maybe slow down when I get older. The feeling of having a productive life is the reward.