Understanding licenses and leases – A three-part series: A “sign” of the times - by Darren Stakey 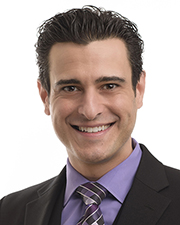 This three-part series briefly examines the nuances of seminal New York cases concerning licenses, leases, and even easements, to assist the New York practitioner in more effectively utilizing all three tools in his or her regular practice.

Part III of III: A “sign” of the times: Is an Agreement to Install Apparatus on a New York Rooftop a License or a Lease?

While exclusivity and revocability are generally well-recognized indicia for differentiating between a license and a lease in New York, the ownership of improvements upon expiration of the term is also an important, yet often-overlooked, indicator. A pair of Empire State holdings separated by nearly a century, each involving an agreement to install apparatus upon the rooftop of a building, aptly displays New York’s evolving approach to classifying possessory instruments and the importance such classification has upon available remedies.

The City Court dismissed the building owner’s complaint, holding the agreement was a license because it granted little more than “a privilege for a limited use…for a specific purpose[.]” However, the Appellate Term reversed this judgment, noting “the mere fact that the roof was to be used for a restricted purpose did not render the agreement any the less a lease.” Thus, the Appellate Term concluded, the Hippodrome had a duty to surrender the roof by removing its billboard, and the advertiser’s failure to do so constituted a holding over.

On appeal to the First Department, with Benjamin Cardozo succeeding to the Hippodrome’s defense, judgment was again reversed. Specifically, the court found that the Hippodrome had acquired no right of possession by way of the agreement, “but simply a right to erect an advertising sign…and a right of access…to insure its proper maintenance.” Therefore, the agreement was not a lease, and the Hippodrome’s failure to remove its billboard could not be deemed a holding over. This decision was affirmed without opinion by the Court of Appeals.

Significantly, the First Department’s holding may have amounted to a Pyrrhic victory for the Hippodrome. That is, although the advertiser was relieved of liability for lease rent on the ground that the agreement constituted a license, by the same token, because the agreement was merely a license and did not provide for removal of the billboard upon expiration of the term, the First Department opined that the Hippodrome’s signage was “annexed to the building” upon installation and had become property of the building owner.

Nearly 100 years later, the Second Department came to the opposite conclusion when deciding Nextel of New York, Incorporated v. Time Management Corporation, 297 A.D.2d 282, 746 N.Y.S.2d 169 (2d Dep’t 2002), which involved an agreement to install and maintain cellular antennae on the roof of an office building in Garden City, N.Y. Although several other cellular carriers also occupied portions of the building’s roof, the court determined the parties’ agreement was not merely a license because, among other things, access to a certain portion of the roof was exclusive and Nextel expressly retained title to its equipment upon expiration of the term. Consequently, because the agreement constituted a lease, Nextel was entitled to maintain a Yellowstone injunction so as to toll expiration of the cure period for its alleged default under the parties’ agreement. See First Nat. Stores, Inc. v. Yellowstone Shopping Ctr., Inc., 21 N.Y.2d 630, 632, 237 N.E.2d 868 (N.Y. 1968).

The takeaway: Although the disposition of improvements is an often-discounted consideration when determining whether an agreement constitutes a license or a lease, it may nevertheless have profound implications on the course of ensuing litigation. For example, when representing a tenant-licensee, the New York practitioner may seek to avoid the client’s liability for holdover rent by arguing the agreement at issue created nothing more than a revocable license. However, the practitioner must be aware that this same argument will preclude employment of a Yellowstone injunction, which is only available in connection with a lease, and, absent an express agreement to the contrary, may also result in a determination that client-installed improvements have become property of the building owner.