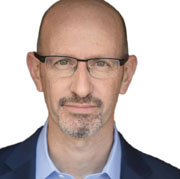 Unintended consequences surface in the wake of most laws. A growing cobra population in India led lawmakers to put a bounty on the head of the venomous snakes. The bounty was generous, leading to a rise in cobra hunters, which resulted in a decrease in the cobra population. Problem solved? Hardly. Entrepreneurs began breeding cobras that could be turned into cash rewards, so the authorities canceled the bounty, leading the breeders to set their worthless snakes free. In the end, there were more cobras in the streets of New Delhi than before the program began.

For commercial owners with property outside of New York City, one (among many) of the most egregious acts of state lawmakers was the enactment of the so-called “three year freeze” on property tax assessments following the resolution of a tax certiorari proceeding. The law causes no end of consternation to owners who are unfairly over-taxed, and ultimately decimates the commercial sector of many suburban communities, resulting in deteriorated properties and a higher tax burden on the very voters (local homeowners) the law was intended to protect. Over time, the wide-ranging damaging effects of the law have only worsened.

The law says that where a tax certiorari proceeding is resolved–by settlement or trial–the final assessment must remain unchanged for the next three years. The law applies in New York State municipalities that fail to conduct a regular municipal-wide revaluation or update of the values of all parcels (one might ask why the property owner is the one punished for the jurisdiction’s poor assessment practices). In effect, this accounts for roughly two-thirds of New York State and impacts many thousands of commercial properties.

The intent of the law was to improve communities by stabilizing the tax base and reducing the volume of tax appeals. But, in practice, it has been applied to drive up the cost of property ownership and cause real estate investment to flee to other states, all of which results in decimation of the local tax base. The law also fails to recognize dire changes in property circumstances and is, in the view of many, unconstitutional regardless of its continued existence.

The devil in the law lies in many of its exceptions, as well as what is omitted from the statute, and those are the areas where this author focuses here.

For example, one exception only permits a challenge to the assessment within the freeze period where “there has been a change in the occupancy rate” of 25% or more. The statute does not define “occupancy” but raises a challenging question where an owner’s rent collections have dropped precipitously (as many have experienced during the COVID-19 market crash of 2020) but tenants remain in place. Occupancy without collections equates to a massive reduction in property value by any measure, but owners who resolved their tax appeal before collections fell might remain stuck with an over-inflated tax bill and no remedy.

Another exception allows the tax assessor to increase the assessment despite the moratorium where an owner has commenced construction upon existing improvements. Whether the construction has actually added value is often irrelevant and leaves owners in the position of litigating the very thing the freeze statute was intended to put to rest. Somehow, while owners are largely prohibited from showing that the property’s value dropped, assessors have a free hand to determine that the property’s value has increased.

In some instances, owners are placed in the unenviable position of sacrificing viable tax certiorari proceedings out of fear that even if they achieve the tax reduction they are due, they will forfeit the opportunity for a greater reduction in the coming year to which they are also entitled. In one recent example, a major shopping mall came to trial showing sizeable tax reductions were warranted through 2019. Yet, knowing that the value had already plummeted even further due to COVID-19 as of 2020, the mall owner sought to preserve a right to challenge the 2020 assessment and those beyond. Due to the three-year moratorium and the arbitrariness of a court calendar, the owner finds itself in a situation in which the practical result of attempting to achieve a fair tax for pending appeal years means possibly accepting an unfairly high tax in the future despite a dramatically worse retail market.

Most astoundingly, the law has been warped by court decisions to serve as a bar to owners who never agreed to the settlement values in the first place. For example, assume a buyer acquires a property knowing that tax appeals are awaiting resolution in the courts at the time of acquisition. Knowing the property is over-assessed, the buyer continues to appeal the tax assessments, but later learns that the seller settled its tax appeals with the municipality without consulting the buyer at a value far higher than the sale price (a buyer and seller may have differing interests in resolving a tax appeal). The three-year freeze has been applied to dismiss the buyer’s tax appeals and any opportunity to obtain a fair tax.

The moratorium statute does make reference to a “catastrophe”, but lawmakers could clarify the statute to specifically address dramatic impacts on value commonly referred to as “Acts of God,” which may include the market effects of the coronavirus pandemic. The freeze statute also seems to patently contradict New York State’s Constitution, which states: “Assessments shall in no case exceed full value.” Though the issue has been moderately litigated, upholding the freeze, the underlying reasoning is unsatisfactory and often leaves owners with assessments that do exceed full value with no legal remedy.

Ultimately, a statute that targets and unfairly preserves tax assessments on commercial properties that are excessive punishes owners and disincentivizes capital improvements, tax relief for the local businesses to whom excessive taxes are passed to, and fails to account for the realities of real estate economics, results in a dysfunctional commercial sector that diminishes the value of surrounding homeownership and communities. Where the law of unintended consequences prevails, corrective action is required.