The Wizard of OZ (that’s “Opportunity Zones”): Waiting for Godot - by Dan Flanigan 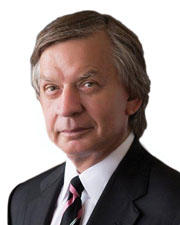 In Samuel Beckett’s classic theatre piece, two feckless humans, Vladimir and Estragon, wait the entire play for someone named “Godot” to arrive. As they wait, they engage in various clownish antics—as we also shall, here in the land of OZ, pending the release of the next clarifying pronouncements from the U.S. Treasury Department.

The first round of Proposed Regulations arrived on October 19th. Optimists originally expected the next round of regulations by the end of January, such hopefulness stoked in part by the initial scheduling of a January 10th hearing date. Alas, that hearing date became a casualty of the government shutdown and has been rescheduled for a day charged with a maximally metaphorically hopeful aura—February 14th, Valentine’s Day.

Meanwhile, the large group of co-sponsors of the OZ legislation, led by senators Tim Scott and Cory Booker, have delivered a letter to Treasury seeking to influence Treasury on some important issues.

“In The Qualified Opportunity Zone”

The first of those issues is one I discussed in my January 22nd column and pertains to operating businesses that generate sales outside of the OZ, in contrast to traditional real estate projects in which rents of the property itself are the primary sources of revenue.1 The statute simply requires that at least 50% of the gross income of a Qualified Operating Business (QOZB) must derive from the active conduct of a trade or business—but the October Proposed Regulations added the phrase “in the qualified Opportunity Zone.” As I noted in the prior column, this was likely an attempt, perceived to be harmless, to clarify an ambiguity, but it creates or exacerbates others. A successful operating business is highly likely to make many sales to customers outside of the OZ. Does the additional language mean that sales outside the OZ will not count for the 50% test? Not necessarily, I submit, but it is a concern, and the legislative co-sponsor group has vigorously urged Treasury to drop that additional language and, instead, “hew closely” to the statutory language.

In justifying their position, the co-sponsors emphasized that there is already another strong locational requirement in the Proposed Regulations—the requirement that 70% of the tangible property of a QOZB must be located in the OZ. But that point, while it might help persuade the Treasury to discard its add-on language, has a boomerang effect. As I said in the January 22nd column, what about a business, such as a fast food or other restaurant operation, that establishes itself initially in the OZ but is so successful that it expands and establishes locations outside of the OZ? In order not to risk out-of-OZ assets reaching the prohibited 30% level, will all of those out-of-OZ operations need to be established as separate entities, requiring complex intercompany contractual arrangements and accounting? Of course that separation might be advisable anyway, for liability protection and perhaps other reasons, but will a QOZB be forced to do that, whether it otherwise makes sense or not, in order to stay in compliance?

The proposed regulations issued last October created what most people believe is a useful, though imperfect, safe harbor of 31 months in which a QOZB, subject to certain conditions (described in my January 8th column), may deploy its capital without those funds being subject to disqualification as “nonqualifying financial property,” thus rendering the entire QOZB ineligible for the OZ statutory benefits. However, this safe harbor did not apply to OZ Funds, which would likely inhibit the use of multi-asset funds. The co-sponsors urged the establishment of a working safe harbor for funds as well, stating, without qualification, that it was Congress’s intent to encourage the formation of “multi-asset funds that spread risks and costs across a portfolio of investments” and that such a safe harbor is necessary to honor that intent.

Unfortunately, the co-sponsors’ suggestion does not go far enough to solve the entire multi-asset fund problem. It is not solely a timing issue, i.e. how long it may take to deploy the sale proceeds. There are more fundamental problems (as I discussed in the January 22nd column)

1. The current regulations do not clearly allow the fund to dispose of its assets (as opposed to the equity interests in the fund itself) after 10 years to obtain the permanent exclusion from tax; or

2. To avoid recognition of gain on the transaction itself by rolling over interim (prior to the 10th year) sale proceeds to a new qualified investment, whether in 31 months or the following day. These separate issues have also been flagged to Treasury and are likely to be addressed in the next round. But the co-sponsors’ emphasis on just the timing issue can be misleading.

Another issue I discussed in my most recent column (January 22nd) is the so-called “interim gain” problem—sale of an asset by a fund prior to the expiration of the 10-year holding period followed by reinvestment of the sale proceeds in another qualified OZ investment. The co-sponsors reminded Treasury that, “Congress tied the tax incentive to the longevity of an investor’s stake in [a fund], not to [a fund’s] stake in any portfolio investment.” Continuing, they asserted that, “Congress recognized that many [funds]—particularly those investing in operating businesses—would experience ‘churn’ in their investments, as some portfolio businesses grow and seek new investment, while others are liquidated, within the lifespan of the fund from the underlying portfolio investment. Such fund-level activity should in no way disallow the tax benefit to the [fund’s] investors, provided they do not take distributions from the fund [emphasis added] or sell their interest prior to meeting the 10-year holding period.” This statement of Congressional intent, if accepted and implemented by Treasury in the new round of anticipated regulations, will provide a powerful boost to the entire program by allowing the flexibility needed to open the way for multi-asset OZ funds and, in the words of the co-sponsors, “eliminate a significant roadblock for investors, and open the door for catalytic investments in operating businesses.”

But again—watch out for that boomerang! The language I emphasized above in the quotation from the letter—“provided they do not take distributions from the fund”—if taken literally, would cause havoc, by preventing distributions of profit, further diminishing the investors’ already meager (compared to other typical real estate investments) IRRs and requiring an accumulation of cash that would likely violate the prohibition on holding “nonqualifying financial property” and thus putting the entire OZ benefit structure at risk.

Yet, as we ponder these things and wait for the next pronouncement from Treasury, as of this writing (February 5th) another shutdown threatens! So, like Vladimir and Estragon, we wait—and hope for the best—including that Godot will ultimately arrive—because—in the play—he never does.

1 This article assumes readers’ knowledge of the basic Opportunity Zone statutory provisions. For a summary of the basic provisions, please see polsinelli.com/intelligence/oz-ppt.

Dan Flanigan is Managing Partner of the New York Office of POLSINELLI, an AmLaw 100 firm with offices in 22 major U.S. cities. [email protected]
Flanigan and POLSINELLI have provided the above material for informational purposes only. The material provided is general and not intended to be legal advice. Nothing in the material should be relied upon or used without consulting a lawyer to consider your specific circumstances, possible changes to applicable laws, rules and regulations and other legal issues. Receipt of this material does not establish an attorney-client relationship.