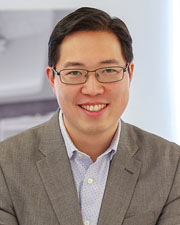 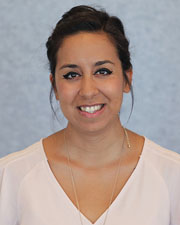 Wong joined Spacesmith in 2012. With over 15 years of experience in design, construction and project management, Wong has earned a reputation not only for his project management and design skills, but also for his business sense and strategic expertise. Wong is regarded as a leader in project management across the firm’s work in the workplace, retail, academic, and nonprofit sectors. Recent projects led by Wong include the academic renovation at Columbia University’s Chandler Hall and the public and unit interiors conceived for the mixed-use residential complex at 10 Halletts Point.

“In my continued role and as principal at Spacesmith, I look forward to cultivating this unique leadership position to further our firm’s mission of crafting efficient, comfortable, and inspiring spaces that also remain sensitive to our clients’ business and design objectives,” said Wong.

Anaya earned her Master’s in Architecture from New York’s Parsons School of Design and also studied at École nationale supérieure d’architecture de Versailles (ENSAV) in France. Anaya has worked on a wide range of challenging projects for Spacesmith including Hermes of Paris and NYLAG (New York Legal Assistance Group). Previously Anaya worked for the government division of Historic Zones and Monuments in Old San Juan, Puerto Rico, and also at the firm Adrian Smith + Gordon Gill Architecture, where she served critical roles on several teams designing buildings all over the world, including in Dubai, Mumbai, and cities in China.

“Both Olga Anaya and Will Wong represent a new generation of leadership in design and client relations, and we’re pleased to continue the tradition of elevating talented professionals from within,” said Jane Smith, FAIA, IIDA, founding partner at the firm widely regarded as a mentor for emerging architects. “Since joining Spacesmith, both Will and Olga have developed a true understanding of the importance of business and client relationships as much as the value of design excellence, and the firm leaders are proud to recognize the important roles they have mastered.”