Question of the Month: Can a zoning lot consisting of more than one tax lot include partial tax lots, or must it include the full lot? - by Christopher Wright

Although these proceedings involved complex zoning arguments, the central issue is relatively straight forward. The question to be decided is: Can a zoning lot that consists of more than one tax lot (a “combined zoning lot”) include a portion of another tax lot or must it include the entire tax lot?

Tax lots are combined into a single zoning lot for the purpose of transferring development rights or other zoning requirements between the tax lots to achieve a more efficient development scenario.

The combined zoning lot was being used to construct a 55-story building located at 200 Amsterdam Ave. that abuts the Lincoln Towers residential complex located between Amsterdam and West End Aves. between 66th and 70th Sts. Lincoln Towers houses several thousand apartments and has large open areas between the buildings that are used as yards and driveways for the residents. 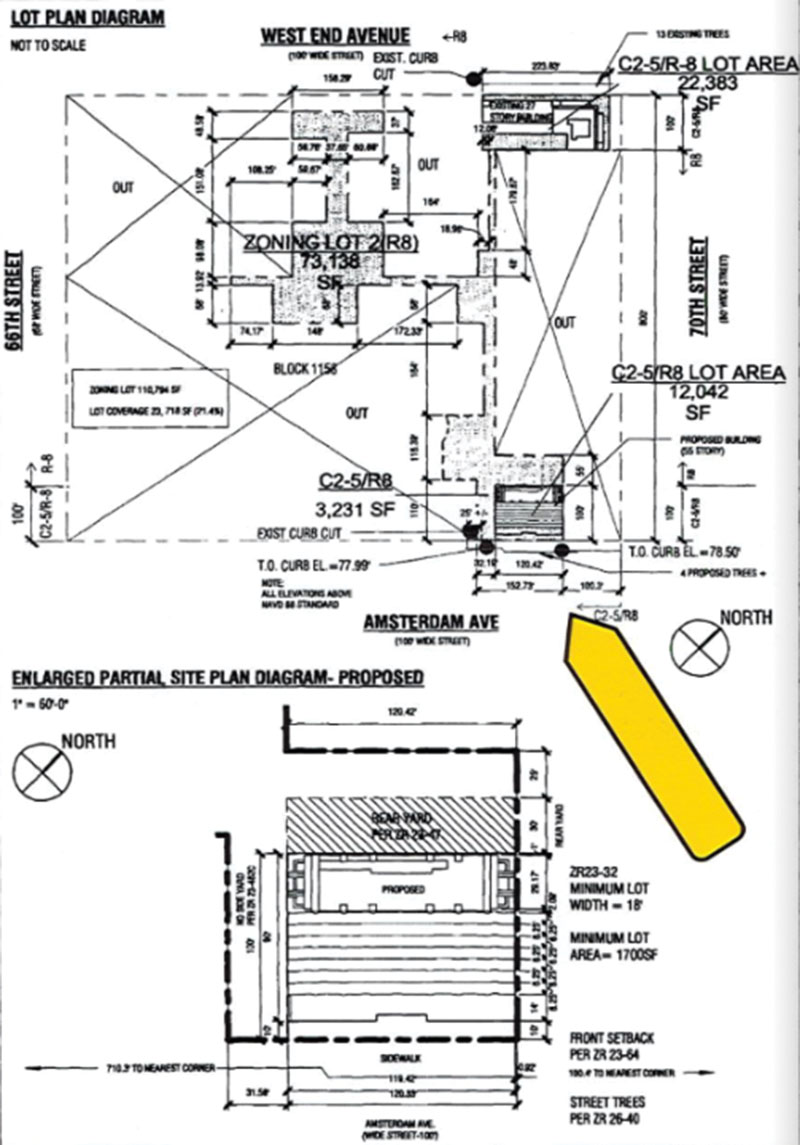 The proponents also referenced a DOB memorandum (the “Minkin Memo”), written in 1978, that stated that zoning lots could include “parts of tax lot” and argued that this had been the standard interpretation for 50 years. The developer identified 34 examples of zoning lots containing partial tax lots. However, the court distinguished all of these lots as applying to special circumstances not applicable to the subject zoning lot. Interestingly, although the BSA upheld the use of partial tax lots, the BSA did not reference any of these examples as legal justification for its decision, instead relying on the language of the zoning regulations. DOB supported the zoning lot (DOB had issued the permits) but opined that the Minkin Memo was in error and a revised DOB memo would be issued requiring full tax lots. The court gave great weight to DOB’s pending retraction of the Minki Memo.

In my experience, I have never dealt with a zoning lot using partial tax lots. The intent of zoning is to locate required open areas in proximity to the building for the purpose of providing an amenity to the residents of the building. Here, the open areas had no physical relationship to the 55-story building. Open space designed for use by Lincoln Towers was being used to give the proposed building open space credits. The proposed building was not creating any new open space.