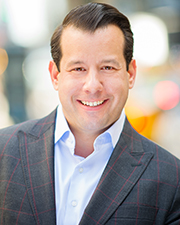 A good portion of the real estate development projects I work on at City Bay Capital have some level of Public-Private Partnership (PPP) in their capital stack. Development projects may contain one or many of the following government programs: tax abatements, assessment financing, tax credits, government guaranteed or insured debt, and countless other programs. Quality housing is one of the staples of U.S. standard of living, and it is of vital importance that the government assure development and maintenance of the U.S. housing stock is a profitable business. As margins on many new development projects continue to decrease due to increased construction costs, skilled labor shortages, increased regulation, geopolitical complexities, and increased private capital flows into the real estate sector; participation in PPPs are key for developers to profitably scale their businesses.

Some of the most widely used PPPs in the commercial real estate business are loans insured against default by the government which include Fannie Mae, Freddie Mac, FHA-HUD and SBA loans. These programs were created by the government to insure there is sufficient liquidity in the capital markets for multifamily and small business owned properties regardless of market conditions. This helps prevent landlords from abandoning or neglecting their properties due to the potential lack of private capital financing options in an economic downturn. It also decreases the risk private construction lenders have for new multifamily development projects due to the certainty that debt financing will always be available to refinance their loans.

Tax abatement and Payment in Lieu of Taxes (PILOT) programs have become a key PPP to help assure the financial feasibility of real estate development projects that fit a government’s need. Two tax abatement programs that have been popular in New York City are The Affordable New York Housing Program that grants developers long term tax abatements in exchange for designating a portion of their units for income restricted housing for a specific period of time, and the Industrial & Commercial Abatement Program that gives developers a tax abatement for developing commercial real estate projects in underserved communities within New York City. In many New York State municipalities outside of New York City, industrial development authorities can use PILOT programs to effectively lower or abate real estate taxes for a period of time if the project fits certain requirements that fill a public need for the municipality.

Income tax credits are another form of PPPs that both federal and state governments have successfully used to incentive real estate developers to build projects that fit their citizens’ needs. If a project fits a certain requirement, governments will issue dollar for dollar credits that individuals and corporations can use to offset their income tax liabilities. Developers can use these credits as equity for their projects by offsetting their tax liabilities with the credits or by selling them to investors. Low-Income Housing Tax Credit (LIHTC) programs incentivizes developers to build multifamily projects that deed restricts the majority of their units and requires them to be rented to tenants with various income requirements. New Market Tax Credits are used by developers to build commercial projects in underserved communities. Historic Tax Credits Programs incentivize developers to take on renovation or redevelopment projects that are legally deemed historic, since restoring historic properties to their original condition is generally cost prohibitive

For projects that fit the need of a municipality but are not financially feasible with private capital alone, credit worthy municipalities are able to guarantee debt on behalf of developers. The underlying mortgages can be sold as municipality backed bonds. This form of PPPs have been popular with affordable housing projects, large scale redevelopments that will lead to substantial economic growth for the municipality, and infrastructure projects. Generally, municipalities are comfortable guaranteeing loans if they feel the project will increase tax revenues and/or decrease public sector costs relative to the risk of guaranteeing the loan.