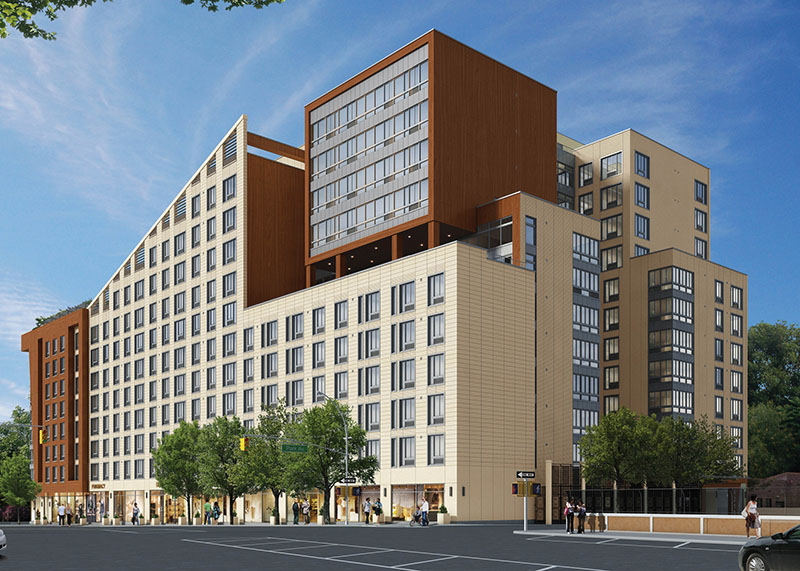 “Mastermind Development’s investment strategy requires us to add value to the communities we serve.  This has been fundamental, and natural, to our vision as a lifelong New York, Bronx based company,” said Radame Perez, COO. “From the inception of planning Tremont Renaissance, our aim was to develop a property that addressed 3 critical areas that are in crisis throughout the city as a whole, but severely impact many neighborhoods in the outer boroughs - those would be, access to quality, sufficient, and affordable – housing, nutrition, and health care.“

“As soon as the developers started building the Tremont Renaissance, excitement began to ripple throughout the neighborhood,” said Zamechansky, owner and president of KZA. “The building is a catalyst and a reflection of the vitality that is energizing the Bronx.”

The Health and Hospitals Corp. plans to open a comprehensive family health center to provide pediatric, primary, urgent and elder care. Amenities at the pace-setting Tremont Renaissance, a mixed-income residential development consisting of 256 apartments and a parking garage, include a fitness and yoga studio, a children’s play area, an internet lounge and rooftop terraces.

Radame Perez said, “With over 60% of our 256 apartments already occupied, 15,000 s/f of our 40,000 s/f commercial space open for business as a supermarket, and now a signed lease commitment for a full service Health Care Center to assume the remaining commercial space, we feel we’ve done well with Tremont Renaissance and are eternally grateful for KZA bringing the last piece of the puzzle to us with New York Health and Hospital.”

The location is a half-block from the Metro-North Tremont station (less than eight miles from Grand Central Terminal), two subway lines and several bus routes.