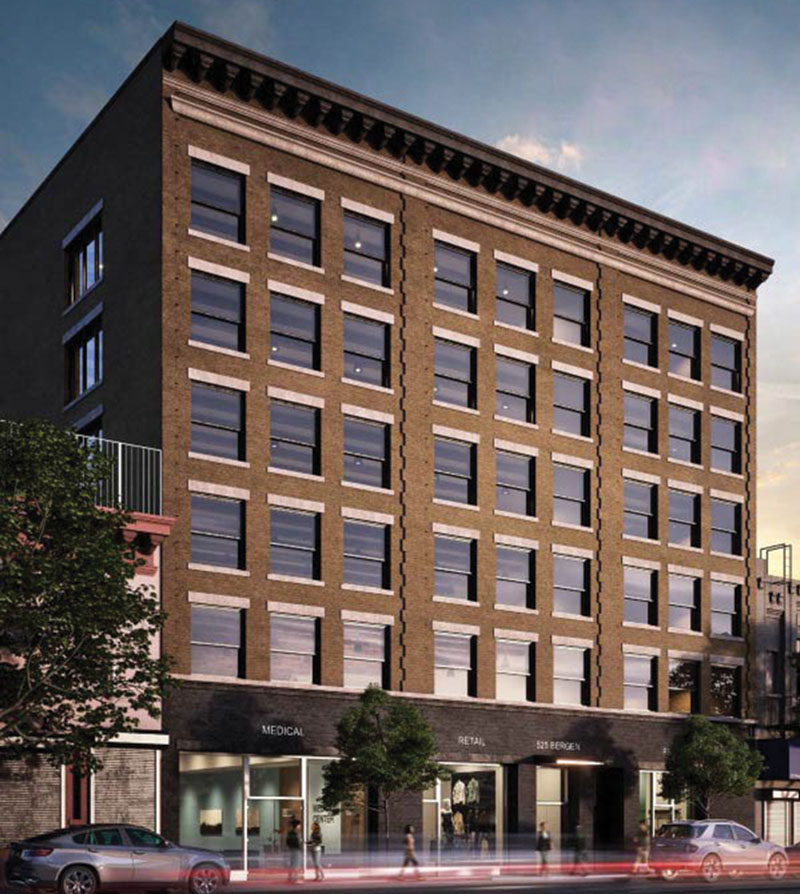 Bronx, NY Communitas America, a social impact organization supporting changemakers that address the systemic impediments and lack of access to economic opportunities in under-resourced communities, has unveiled Heyground, a new social innovation accelerator located at The Hub in the South Bronx, set to open in 2021. Developed by HGI America, Inc., Heyground will provide affordable space and valuable programming for social entrepreneurs making an impact in the borough.

“Communitas America is combating the increasing economic, health, and resource disparities in our country by supporting local businesses and entrepreneurs committed to solving social problems and supporting their communities,” said Esmeralda Herrera, Communitas America director of programming and community relations. “As the hub for our programming and outreach, Heyground will be a game-changer for the entrepreneurial community as we work to make New York City more equitable for everyone.”

While located in one of the world’s wealthiest cities, the Bronx has faced challenges with a lack of access to educational opportunities, healthcare, and economic empowerment opportunities. As a result of these determinants, the borough has the lowest median income of the five boroughs. Many residents work outside of the borough, taking vital economic capital to spend and invest in their community.

Heyground will invest and provide support for local changemakers and entrepreneurs from the Bronx to invest in new start-ups, support much needed job creation, and inspire new collaborative opportunities across disciplines. Heyground and Communitas America will also be working with the Third Avenue BID, and many other local institutions, to cultivate this community of social entrepreneurs.

“Heyground fills a significant gap in what our community has been demanding for decades,” said Michael Brady, executive director of the Third Avenue Business Improvement District. “An area where Bronx-born and based entrepreneurs can cultivate ideas and shape the future of our city.”

Located at 521 Bergen Ave., the 45,000 s/f space will feature over 20 small offices for mission-driven for-profit and nonprofit organizations starting between $300-$450 per month and ground-floor spaces for local beverage and food purveyors to support the growth of locally-based businesses. In addition, Heyground will feature amenities including conference rooms on every floor, office spaces, a reservable podcast room, event and venue space, a mother’s room, and a meditation and prayer space.

Communitas Ventures is a three-month accelerator program designed for social entrepreneurs—primarily women and underrepresented groups—focused on positively impacting the area and consists of a series of workshops, seminars, and networking opportunities with other local social enterprises and program graduates. At the end of the program, participants give a final presentation ahead of the announcement of the winner of $10,000. Past participants include Bronx Bound Books, sharEDtalent, FreeSpot, Upstream Design Lab, and more.

Heyground is a rehabilitated and refurbished building, purposefully kept contextual with the surrounding neighborhood. Built in 1904, the building has served a variety of purposes, but most recently was a former furniture warehouse. As Heyground nears completion, HGI America has preserved the historical integrity of the building, including exposed brick interiors, restored windows, industrial maker space, and fronts that compliment the contextual character of the building.

This week's columnist:
Investment Sales: Brooklyn will become the choice for New Yorkers who plan to stay - by Justin Conway