Executive of the Month: As co-partner at MKDA, Jeffrey Kleinberg is designing a successful professional life 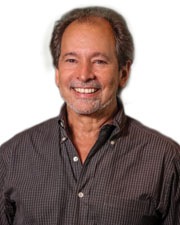 New York, NY Jeffrey Kleinberg is a co-partner at MKDA, a national design firm that has renowned interior design studios in New York and Stamford, and an innovative architecture and interior design studio in Miami. His father, Milo Kleinberg, founded MKDA in 1959, and Jeffrey has spent over four decades working at the firm. During that time, he has been instrumental in raising the bar at MKDA, helping to turn a boutique firm with a niche focus into a broad-sweeping national powerhouse.

Kleinberg’s start in design began at the age of nine when he would design boxes and other trinkets from wood scraps he collected while accompanying his father to millworkers’ shops. At 16, he began a formal apprenticeship under his father, which enabled him to learn the fundamentals of design and the family business. He formally joined the firm in 1976 after earning a Bachelor of Architecture degree from the New York Institute of Technology.

It wasn’t long before Kleinberg became one of New York’s most noted and sought after interior designers, recognized for work that was creative, detail-oriented and committed to client satisfaction. Much like his father—who in 1961 had become known as the “King of the Garment District” for designing over 90% of the showrooms in the neighborhood—Jeffrey developed a penchant for designing showrooms. Continuing his father’s passion, his work has included showrooms for Gloria Vanderbilt, Goodyear Tire, Exoticar, Marcraft, Outerstuff, Calvin Klein and Carters, to name a few.

Soon after establishing his design career, Kleinberg recognized opportunities to contribute to MKDA’s advancement in other ways, including the modernization of the firm’s operations. He was at the forefront when he computerized work methods and design criteria, and established the firm’s first-ever telecommunications system and resource library. He even spearheaded the studio’s use of CAD long before the firm’s competitors, and, using the original Apple II personal computer, devised an inventive methodology to create an innovative cost-estimating program.

These days, he continues to head the firm’s state-of-the-art approach to design and management. Kleinberg recently led the firm-wide integration of 3D modeling through Revit, and the adoption of Lumion, a software that creates incredibly realistic virtual reality visualizations.

“Jeff is unique in that he can make valuable contributions in many different areas of the firm,” said his brother and partner Michael Kleinberg. “He has long been the firm’s backbone, playing critical roles in all the areas that contribute to a successful design firm and business: Technological integration, design methodology, employee recruitment and retention, marketing and service development.”

In the early years, for example, he recognized the importance of on-site project management to help projects get built on time, according to plans and with little or no issues. He also made improvements to MKDA’s pre-lease services, meeting brokers and tenants to obtain requirements to produce plans before lease signing to hasten the process for commercial real estate brokers and owners. It was a service that established MKDA as a player in New York’s real estate environment, and one that gave the firm it’s strong and unmatched reputation for understanding the needs of the real estate industry.

Kleinberg was most recently the driver behind one of the firm’s most successful undertakings when he foresaw an opportunity for corporate growth within the Miami market. In 2013, MKDA launched its Miami architecture and interior design studio under the leadership of Jeffrey, his brother Michael and interior designer Amanda Hertzler, who heads the Miami studio as executive managing director.

The new studio is located in Miami’s Wynwood Arts District—an area that was put on the map by real estate developer and arts visionary Tony Goldman, who also developed New York’s famed Soho neighborhood—a natural fit for a creative design studio that was born out of New York.

Today, the studio is doing groundbreaking work for owners that include Brickman, the Gindi Family, and RedSky, among others. Additionally, the studio has launched into new practice areas, expanding its scope from corporate interiors to ground-up architecture and the renovation of existing buildings.

“We entered the Miami market at the right time,” said Kleinberg. “As an extension of the New York studio, we work hand-in-hand on projects for many of our New York-based owners. Together, we are the complete package. We have an intimate understanding of the needs of New York owners, and an exceptional local team on the ground in Miami that understands the Miami market. The studio is helping to shape our future, and I am so proud of our work there.”

Current notable projects include one of Wynwood’s first boutique hotels and a flagship two-story retail project named Wynwood Park, that features just under an acre of both adaptive re-use retail and open park space. The firm’s hospitality reach stretches beyond the shores of Miami to the Caribbean, where the firm is nearing completion on a $12.5 million, 120,000 s/f redevelopment called Spanish Court Hotel Resort.

In his spare time, Kleinberg enjoys photography, expanding his classic scale model car collection, and New York World’s Fair and Disney memorabilia. Professionally, he is a member of International Interior Design Association (IIDA). In addition, he has long been an active volunteer, lending his expertise to projects that include a much-needed addition to the Young Israel of Scarsdale synagogue; the redesign of The Rosenthal JCC Theatre in Westchester; and the design of a classroom for children with learning disabilities at Westchester Day School.

Kleinberg’s three children have now taken key roles at the firm. Following in his footsteps, his oldest son Jarad is director of operations & technology, and pursues new business development. His son Matthew works alongside Jarad in operations and new business development, and works in the marketing department. Jeffrey’s daughter Marissa researches new resources for color, finishes and furniture to assist the senior designers.

Kleinberg and his wife of 33 years, Ellyn, plan to relocate in the coming months to South Florida where he can help manage and grow the Miami studio. Once there, he plans to establish a satellite office in Boca Raton that will support Miami and enable the team to engage projects further north in Fort Lauderdale and beyond.

Apple founder Steve Jobs said, “Design is not just what it looks like and feels like. Design is how it works.” This is the same design approach that has served Kleinberg and the entire MKDA team well over the years. These days it seems that Kleinberg is adopting this philosophy to create a well-designed professional and personal life, one that looks good, feels good and works well.