Question of the Month: How do direct purchases replace letters of credit in the marketplace? 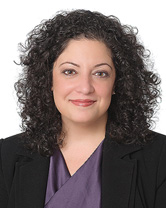 We are all familiar with the dramatic changes that have occurred in the financial marketplace as a result of the economic crisis that began in 2008 and unfortunately still lingers today. Major players in the credit markets have disappeared; significant statutory and regulatory changes have been imposed on financial institutions by Congress and federal regulators and the traditional structures of many credit transactions have been radically altered. Prior to the financial crisis a borrower seeking access to credit had a variety of credit enhancers available to provide financial support for its debt. Today the landscape of the credit enhanced market is radically different.
Historically, a borrower could achieve significant interest savings on taxable or tax-exempt borrowings by obtaining a credit rating for its debt from a national credit rating agency. These borrowings were secured principally by real estate collateral. Most borrowers, even those with relatively weak credit, could secure credit enhancement in the form of a letter of credit or insurance from a well rated financial institution. Credit enhancement improved the rating on the debt, which resulted in a lower interest rate to the borrower and the credit enhancer was compensated with annual letter of credit fees. This was a common credit structure until rating agency downgrades of nearly all of the major credit enhancers occurred during the financial crisis. Those rating downgrades quickly exposed a significant weakness in this financing structure. Once the rating of the credit enhancer was downgraded, interest rates on credit enhanced variable rate bonds quickly spiked, and credit enhancers exited the marketplace or failed to renew letters of credit triggering the need for the credit enhancement to be replaced. Significant refinancing costs were imposed on borrowers including, in some cases, onerous termination fees triggered by underlying swaps tied to the variable rate borrowing. Not surprisingly, the marketplace now acknowledges the downside to this type of credit structure.
In addition to the concerns raised by borrowers and bond issuers to this type of credit structure, bank regulatory changes are occurring which will likely make it more difficult and expensive for banks to issue letters of credit. Basel III will significantly impact financial institutions issuing letters of credit, principally in the areas of liquidity and capital ratios. Going forward, banks will need to hold U.S. Treasuries or cash equivalents in an amount equal to the liquidity facility commitment. Given these changes, financial institutions have even more of a reason to move away from the credit enhanced structure.
As an alternative to traditional credit enhancement, private placements of tax exempt or taxable debt (also known as a direct bank purchases) have become quite common in the credit marketplace. A direct bank purchase is effectively a loan from a financial institution at a tax-advantaged interest rate, which is usually determined by a spread over a variable or fixed interest rate for the tenor of the put period (i.e. the initial hold period for the bonds). In addition, the financial institution will apply a tax multiplier to the rate depending on whether the transaction is considered bank-qualified or non-bank qualified.
The direct bank purchase structure offers a number of benefits to a bank. Unlike a letter of credit issued for an account party, a direct bank purchase is not subject to liquidity coverage ratios under Basel III. By making a direct loan, the lender can use today's inexpensive source of funds - i.e. deposits and earn income on a tax exempt spread rather than a taxable letter of credit fee. Finally, this structure eliminates contingent liquidity risk which proved to be a major problem when rating agency downgrades hit during the financial crisis.
The direct purchase structure also offers benefits to a borrower. At the time of closing, the debt will be purchased and held by the bank for a set term of years, in some cases up to fifteen years or even beyond. The term of the direct purchase is usually well beyond the term of a traditional bank letter of credit. Unlike variable rate bonds enhanced by a letter of credit, direct bond purchases have no daily or weekly re-marketing risk, which avoids market volatility and limits risk to a put maturity date rather than the next remarketing date. A borrower's counter-party risk is also reduced given that a bank's credit downgrade or overall financial condition no longer impacts the debt. In addition, to the extent there is no underwriter, remarketing agent or private placement agent, there is no disclosure document, which reduces a borrower's risk and also reduces costs associated with such disclosures. Finally, since the rating of the direct purchaser is no longer relevant, a larger pool of financial institutions can participate in and submit bids for a direct bank purchase. This leads to more competition, better credit terms and the possibility of more borrower friendly concessions.
Given the benefits to both banks and borrowers and in light of the continuing uncertainties facing many financial institutions, it appears that the direct purchase structure will be with us for some time to come.
Michele Arbeeny and Michael Moriarty are partners at Windels Marx Lane & Mittendorf, LLP, New York, N.Y.
Tags:
Previous StoryNext Story
Print
PDF

Trending Stories
This week's columnist:
An update from NYREJ