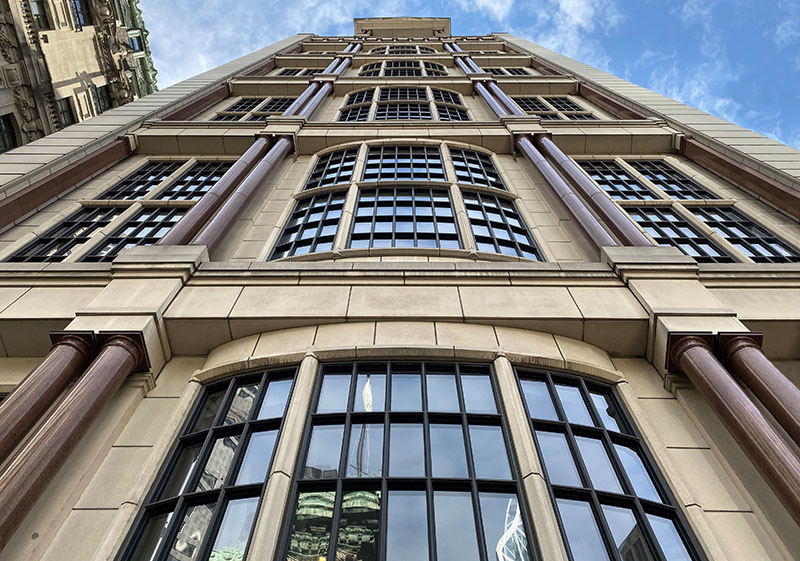 In addition to Koltis, the Colliers team included Cryder Bancroft, Tiffany Benton and Damla Barrett. Colliers was hired by FIMALAC in January and was able to complete this transaction on behalf of ownership in under six months.

Located near Rockefeller Center and Central Park in the Plaza District, 693 Fifth Ave. is an office-and-retail building owned by French holding company FIMALAC. The 20-story, 105,000 s/f property was originally built in 1993 and for years was the New York flagship of Japanese retailer Takashimaya. In 2010, the building underwent a multi-million-dollar renovation upon its acquisition and among its most notable tenants are international fashion firms, Valentino, Escada and Bugatchi Uomo.

“693 Fifth Ave. is located in one of Manhattan’s most desirable areas for high-end enterprises and since its acquisition, the building has earned a reputation for being home to a number of international companies,” said Koltis. “Despite the trying times we’re living in now, the successful completion of this deal is proof of Manhattan’s office sector resilience. Moving forward, I expect you will see more leases in these sort of boutique properties with smaller firms looking to expand into larger spaces to ensure their teams can work safely in a socially distant way.”

Jellyfish is the world’s biggest boutique advertising agency, delivering digital marketing solutions for their clients all over the globe. The company has offices across the U.S., Europe, and South Africa, and employs nearly 400 people.