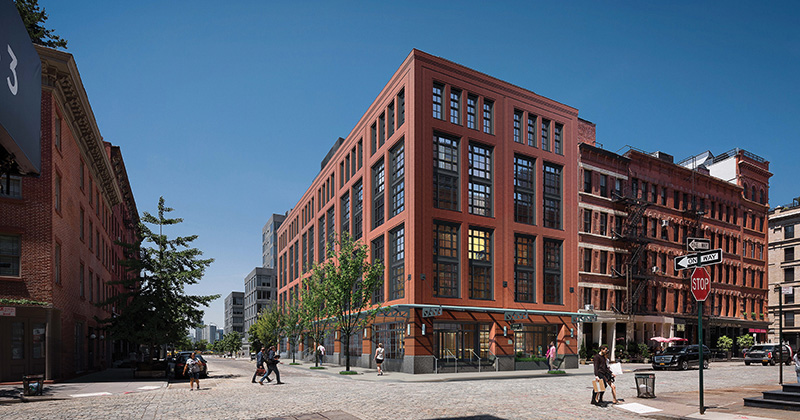 Manhattan, NY Caspi Development celebrated the topping out of 456 Greenwich St. in Tribeca, the future home of the five-star Hotel Barrière Le Fouquet’s New York. Managed under the prestigious Groupe Barrière brand, the property will encompass 96 guest rooms and suites.

Situated between Desbrosses St. and Washington St. in the Tribeca North Historic District, the eight-story hotel will feature several intimate food and beverage destinations. Amenities will include a private spa, swimming pool, an interior courtyard, screening room, and board rooms.

“As a flagship of the esteemed Groupe Barrière brand, the hotel will open as one of the finest hospitality destinations in New York,” said Joshua Caspi, principal of Caspi Development. “The topping out of 456 Greenwich St. represents a culmination of six years of tireless work by all involved, and it is our aspiration that the property will serve as a beacon of hope to the future of the city.”

Caspi Development is a long-standing leader in the development of luxury properties throughout the New York area. The company’s family-owned, hands-on approach has been key to its success, with a three-generation pedigree that translates into more than half a century of industry knowledge.

“We congratulate Caspi Development on this important milestone for Hotel Barrière Le Fouquet’s New York at 456 Greenwich St., which reinforces the continued and unwavering commitment to the future of New York that both our companies share,” said Dominique Desseigne, chairman and CEO of Groupe Barrière. “We are delighted to be part of this project and very much look forward to the opening next year.”

The first hotel in the U.S. under the Barrière brand, Hotel Barrière Le Fouquet’s New York will display the French spirit and elegance that lives at every one of its properties, together with a constantly evolving tradition of whimsical charm presented with elegance, sensuality, and irreverence. A four-generation company, Groupe Barrière has embodied the prestige of French luxury and expertise for more than a century.