Broome County is steadily growing: An overview of some signature projects advancing in 2018 - by Kevin McLaughlin 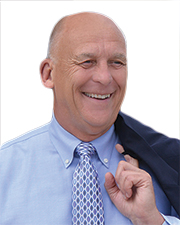 We have long said that Broome County is the ideal place to live, work and thrive, and this is being demonstrated by some signature projects recently completed or advancing this year. These projects include a one-stop economic development center, modern high-end apartments in the heart of our downtown, adaptive re-use of historic buildings, and the grand opening of a nearly one million s/f distribution center.

We recently hosted the grand opening of FIVE South College Dr.; a newly constructed economic and business development center, just off the interchange of Interstates 81, 88 and the future Interstate 86. This facility, which we own and are the anchor tenant of will enhance efforts to drive economic growth in Broome County. We’ve formed a strong coalition of partners including the Alliance for Manufacturing and Technology, the Greater Binghamton Chamber of Commerce, the National Development Council, Visions Federal Credit Union, and the New York Business Development Corporation Together we are well-positioned to attract new business investment in Broome County, one of Upstate New York’s most strategic locations.

50 Front will be instrumental in providing high-end apartments for professionals and active adults and will contribute to the revitalization of an historic area of Binghamton. More than 120 one-, two- and three-bedroom units will be available by 2019. The positive impact of the 50 Front St. Luxury Apartments on our area will be undeniable.

This signature project will redevelop and rehabilitate two blighted industrial buildings with the goal of bringing back the live-work atmosphere upon which this community thrived under Endicott-Johnson. Century Sunrise Redevelopment will create residential rental units available to individuals and families at multiple income bands, from market rate to affordable rent levels. The Century Sunrise project also includes approximately 10,000 s/f of commercial space currently available.

Dick’s Sporting Goods, Inc., the leading retailer in sporting and recreational goods completed the first phase of its major distribution center in the Broome Corporate Park. Doors opened this month for the 675,000 s/f center, the company’s fifth and largest distribution center. Dick’s Sporting Goods announced plans to build the distribution center out to more than 920,000 s/f. Construction is on-going in this phase. A company founded as a bait and tackle shop in Broome County in 1948 has returned home and will provide more than 500 jobs over the next five years.

We’re so proud to have worked with Dick’s Sporting Goods to get them to return to and expand in Broome County.

The economic resurgence of Broome County and the Southern Tier continues as the region was recently awarded $67.3 million to support 83 projects through the Southern Tier Regional Economic Development Council. These projects support the continued growth of advanced manufacturing, food manufacturing and distribution and the continued growth of research and development at Binghamton University and Cornell Universities.

We’re moving forward in Broome County and we invite you to join us. Call us today at 607.584.9000 for information on how to expand or invest in Broome. #broomeisgood #defineyoureconomy #thrivenow.