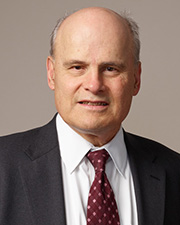 Uniondale, NY Peter Agovino, a former partner at Forchelli Deegan Terrana LLP (FDT) in and former co-managing partner of Agovino & Asselta, LLP, passed away on November 16th, 2020. He was 74.

Born in Sherbrooke, Canada on January 20th, 1946, Agovino grew up in Maspeth, Queens and moved to Franklin Square, N.Y. before settling in his forever home in Rockville Centre, N.Y.

During his successful legal career, which spanned over 45 years, Agovino personified the power of education, determination and hard work. He represented various construction industry contractors and professionals in complex matters and obtained substantial recoveries for his clients. Perhaps Agovino’s most notable victory was his successful argument on appeal to New York State’s highest court in Abiele Contracting, Inc. v. New York City School Construction Authority (1997), where, after losing in the two lower courts, he obtained a favorable decision for contractors that has since been oft-cited by courts and practitioners.

“Peter represented all of his clients aggressively, but was particularly passionate about those with more modest means and those he believed were being taken advantage of,” said Joseph Asselta, chair of FDT’s Construction practice group. “I had the great fortune of working with Peter at three different firms before he retired in 2019. My father-in-law’s passing is a great loss for the legal community and our family,” he said.

Agovino earned his J.D. from Brooklyn Law School, where he graduated second in his class. He served as a law clerk for the honorable Mark Constantino, United States District judge for the Eastern District of New York and earned his LL.M. in corporate law from New York University School of Law.

Agovino is survived by his loving wife, Marlene, his two children and his five grandchildren, who were the light of his life.

A memorial celebration will be held at a later date.

The family requests that donations be made in Agovino’s name to St. Francis Hospital (https://stfrancisheartcenter.chsli.org/) or by contacting the Thomas Glynn & Son Funeral Home ([email protected] | 516-766-4700).