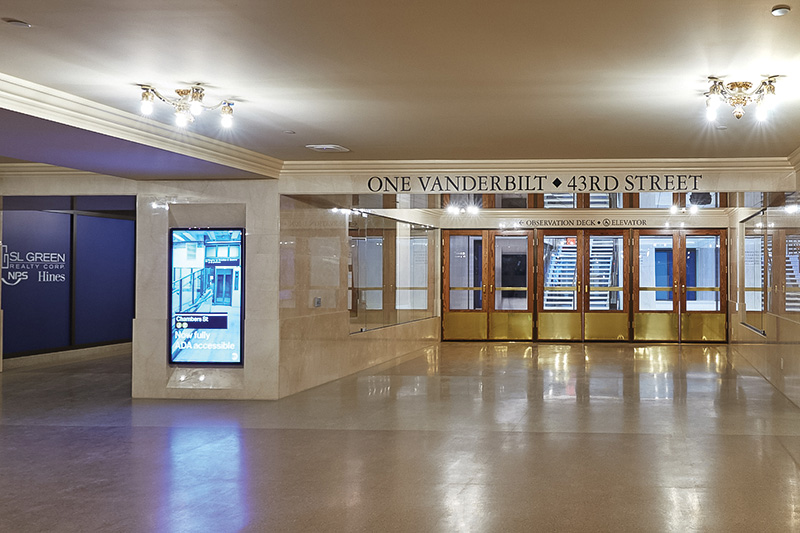 New York, NY The completion of One Vanderbilt Ave., the second tallest office tower in the city at 1,401 ft., also marks a significant milestone for the Midtown transit system. All components of One Vanderbilt’s $220 million transit improvement project, designed by Stantec and funded by SL Green, are now complete and open to the public.

As part of a unique public-private partnership, these transit improvements will ease the commute and improve the experience for the estimated 750,000 people that passed through the adjacent Grand Central Terminal daily before the pandemic. Furthermore, the East Side Access project, which extends the Long Island Rail Road (LIRR) from Queens to Grand Central, is scheduled for completion in 2022 and is expected to bring up to 160,000 additional commuters to this bustling transit area each day. 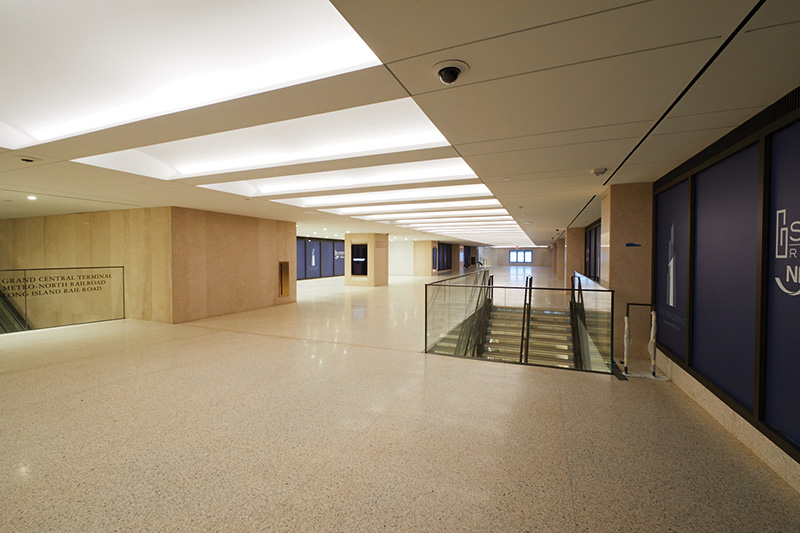 Infrastructure improvements include a 14,000 s/f pedestrian plaza on Vanderbilt Ave. between Grand Central and One Vanderbilt. Inside the tower, a 4,000 s/f public transit hall and series of below-grade ADA-accessible concourses and corridors provide new and enhanced connections to the Metro-North Railroad, the shuttle to Times Square, and future access to the LIRR station as part of the East Side Access project. The new transit hall’s flow and high-end finishes of stone, tile, glass, and metals echo the distinctive interiors of Grand Central and its clearly organized, airy open spaces.

The long-shuttered passageway between Grand Central and the Socony-Mobil Building at 150 E. 42nd St. has also re-opened with the addition of two street-level subway entrances and a new entrance to the 42nd St. subway station on the southeast corner of 42nd St. and Lexington Ave. Circulation space on the subway platforms and mezzanine has been increased by 37%, providing commuters more room to socially distance and allowing for increased capacity once transit use rebounds to pre-pandemic levels. Enhanced finishes, additional turnstiles and gates, new stairways, escalators, and an ADA-accessible elevator have been added to ease congestion and improve transfers and the overall transit experience in the third busiest station in the city’s subway system.

“The completion of One Vanderbilt and the corresponding transit improvements is a testament to the spirit of New York—one that never backs down when faced with challenge. Bringing this project to life required intense design coordination and complex approvals from multiple government and transit agencies,” said Stéphane Lefebvre, Stantec senior associate and project lead. “We are immensely proud of our work, especially knowing that it will raise the collective spirit of New Yorkers and deliver a better transit experience to the scores of commuters that pass through the 42nd Street corridor every day.” 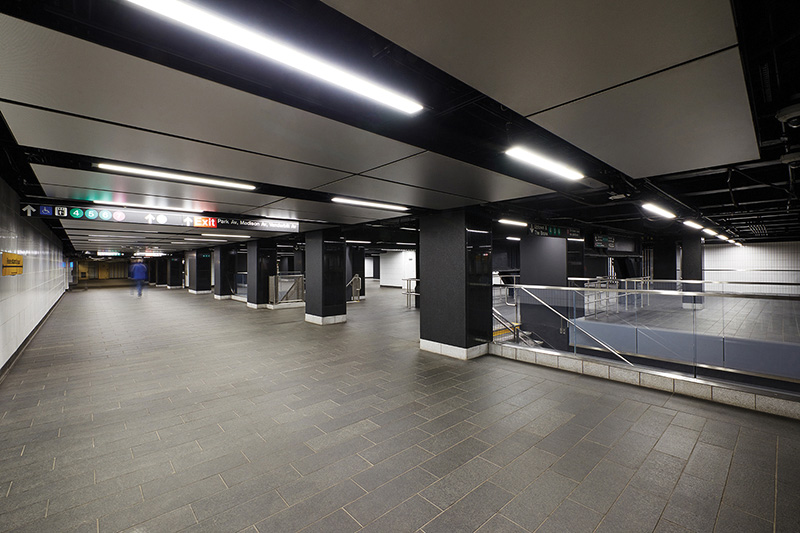 Stantec’s scope of work included: preparation of all transit-related designs (including those for meeting ADA compliance), coordination of approvals between multiple MTA agencies, coordination with city code enforcement on fire and life safety measures, and collaboration with stakeholders to ensure full integration between the new tower, Grand Central Terminal, the 42nd Street subway station, and the Grand Hyatt New York Hotel.

Stantec provides professional consulting services in all areas of design and engineering, with a specialized expertise in assisting private sector clients navigate public and MTA review processes for integrated transit design that satisfies all city requirements and community expectations. Stantec has performed work at nearly all of the subway system’s stations and has designed transit entrances, as well as many other infrastructure elements, for an extensive array of complex development projects, including Times Square Tower, Eleven Times Square, Two Court Square, Moynihan Train Hall, Barclays Center, One Bryant Park, and now One Vanderbilt. The firm’s work in transit-oriented development (TOD) has created compact, walkable, and healthier communities that offer value and a greater quality of life for residents. Stantec’s TOD work has had an impact on New York City through the redevelopment of Atlantic Yards in Brooklyn, as well as numerous projects around the world. Find out more about TOD at Stantec.