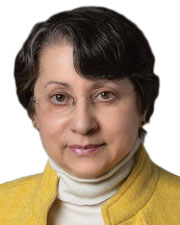 Access agreements are contractual documents signed between neighboring property owners and developers who want to come onto a person’s property to perform certain work when they need to get permission for this access. Without it, this work would be considered a trespass. They also want to install protection on the property to help avoid any damages. This can include scaffolding. They usually pay a monthly license fee for the privilege of doing so.

Legal and engineering fees can sometimes add up to a large sum of money. Since the amount is unknown and the developer wants to get started on his project, the developer will usually insist on adding the word “reasonable” in, describing the amount of fees. Developers used to lean towards paying these amounts to avoid controversy and move forward with the project. Increasingly these days, developers try to fight the amount being requested to try to lower it.

There are also factors which may cause the amount to increase, such as unforeseen circumstances. All of these things need to be taken into account and negotiated into the access agreement before moving forward to avoid even bigger problems later on. If the parties are able to work out the terms of an access agreement, the developer can proceed with its work. If they do not, the developer can try to start a court action to compel the property owner to give permission under reasonable terms.

In the past, I believe the developers have been more inclined to come to terms on such agreements in order to move forward. Nowadays, they seem more willing to try to argue about it in court. Some developers even start these actions before they truly have a dispute. They are trying to establish their place in the waiting line to go to court. They are best prepared by attorneys with familiarity with this topic and the caselaw.