Company of the Month: Champion Elevator stepped up to the plate
like a true champion during the COVID-19 Pandemic

New York, NY Champion Elevator president Donald Gelestino has heard the same phrase over his 35+ years in the elevator business, “Your business must have its ups and downs…” Like most people and companies when you combine that phrase with COVID you may create a roller coaster of emotion, decisions, and hardship, but Team Champion used this crisis as an opportunity.

When the U.S. government created the PPP funding program Champion’s finance team was one of the first to apply and be approved for $3.2 million in relief. After receiving the funds, Champions’ president returned the funds so that they can be disbursed to others more in need. The funds granted to champion would not have been converted to a loan or had to be paid back ever…full forgiveness!  Furthermore, Champion has over 40 elevator modernization teams in which many jobs were shut down, delayed, or even cancelled. Champion rose to the occasion and did not lay off one employee.

Gelestino and his team saw the opportunity and need for their employees and customers. Due to COVID and knowing everyone was placing only half the people in an elevator means the elevators were going to run twice as much. Team Champion took their displaced employees and put them on co-op, condo, and residential rental type buildings to perform additional maintenance so that the elevators ran their very best. This was a win-win situation for both employees and customers. The company absorbed the costs–and showed a significant loss–but that is what a true champion does, according to the team, “We do our very best. We may not win every time, but we play with heart, we foster relationships, and we build culture.” 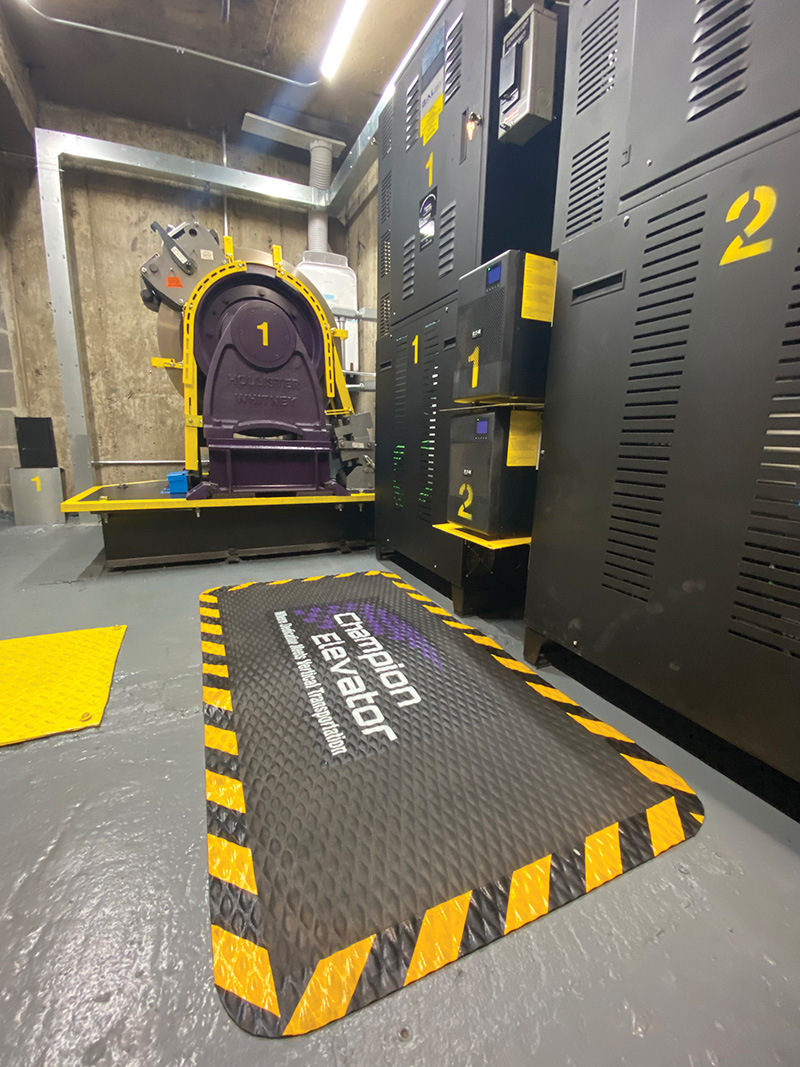 Champion very proudly won the 2020 Elevator World Ellies Award for “Best Family-Owned Company” in the United States. Champion was also awarded the $40 million, 180-elevator maintenance and modernization project at Co-op City in the Bronx. “Through dedication, hard work, honesty, and transparency we were fortunate enough to be awarded this once-in-a-lifetime project,” said vice president Joseph Corrado. Team Champion is more that 50% complete with this job and is ahead of schedule and budget. 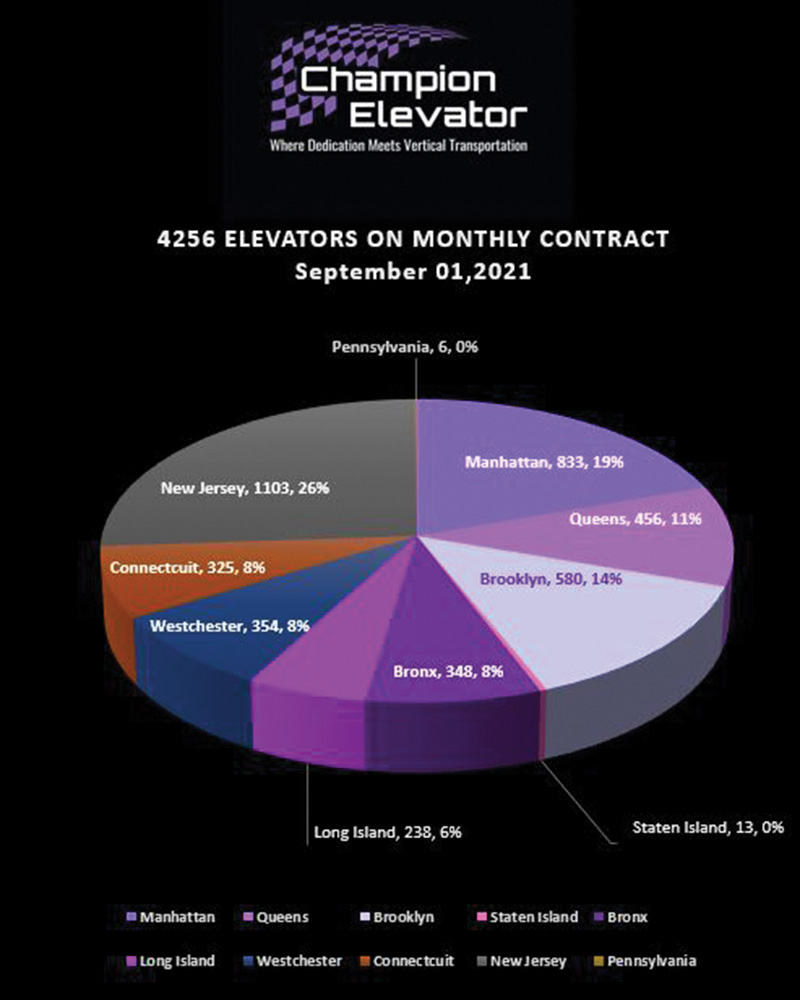 In 2015, when Champion Elevator was created, there were a handful of staff including Donna Scibetta, Robert Zalud, Joseph Corrado, and president Don Gelestino. As the team grew with hand-selected team members, they amassed some of the best talent in the business. Chief technical development officer
Robert Masterson, who currently runs the $40 million Co-Op City modernization project, is known for being instrumental in writing the maintenance control program for One World Trade Center. Ron McCrummen, CFO, has taken companies from $2 million valuations into the billions. Rob Monforte who is the president of maintenance operations has experience from Millar Elevator and operating a big book of business for Schindler in the past. The list goes on as you dig deep into this company’s roots.

Champion has some of the best troubleshooters in the industry and a safety plan which is spearheaded by safety industry leaders such as Louis DeLoreto and Ed Bulakites. Donna Scibetta runs the Testing and Violations Department and has been working with Gelestino since 1990. According to Gelestino, “Champion has a Testing and Inspection Department second to none.”

Champions’ official corporate headquarters is located at 1450 Broadway in New York, N.Y. In addition to that location, Champion has a Long Island branch, a Connecticut/Massachusetts branch, and a New Jersey/Pennsylvania branch. All branches house thousands of elevator parts so they can react to the service needs of their clients.

Champion was one of the first non-Connecticut based companies to open in the state of Connecticut in many years and now has nearly 400 elevators on service in Connecticut.

Amy DiPaolo, sr. vice president of New Jersey operations said, “We are thankful every day to the loyal customers and dedicated people who are working at Champion Elevator, without them, none of this would be possible.”

Keep on the lookout for Champion Elevator as they rise above their competition and build their culture and create transparent communications for their clients.