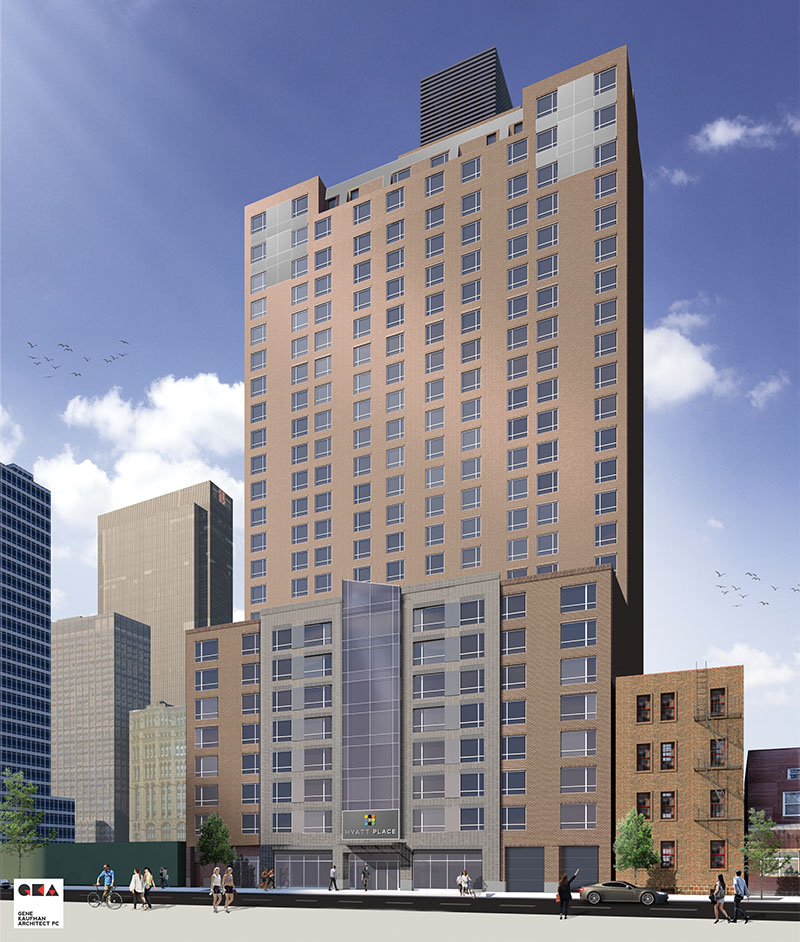 The hotel, which stands on the south side of West 39th St. between 8th and 9th Aves., offers almost 7,000 s/f of dining and lounge space, including an indoor restaurant, a backyard eatery, and a bar/lounge on the first floor. A lower level holds a fitness center, a business center and meeting space.

According to Gene Kaufman, founder and principal of GKA, “Of the more than 60 hotels we have designed and opened in New York City, this is the second-largest ever.  It was planned in recognition of the demand for hotel rooms in Times Sq., an area that has been lifted up by visitors, giving new life to formerly underutilized properties.”

“We’re thrilled to work alongside GKA and Sam Chang to bring this exciting project to fruition,” said Jim Tierney, senior vice president of development and owner relations, Hyatt Place and Hyatt House. “Sam is one of the most prolific hotel developers in New York City and I want to offer my congratulations and thanks to Sam, Gene and their teams as this hotel opening marks a significant contribution to the Hyatt Place brand’s growing footprint in key urban markets around the world.”