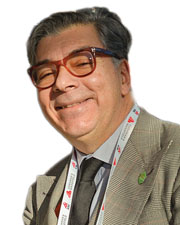 Department stores come and go. When one goes out of business, it’s nothing unusual. But consider how many have gone out of business in New York City in just the past generation: Gimbels, B. Altman, Mays, E. J. Korvette, Alexanders, Abraham & Straus, Gallerie Lafayette, Wanamaker, Sears & Roebuck, Lord & Taylor, Bonwit Teller, and now Barneys New York—and those are just the ones I remember.

The long-time survivors are Bloomingdale’s, Saks Fifth Avenue, Bergdorf Goodman and Macy’s. The new kids on the block are Nordstrom (which has had a chance to study their customer since they have operated Nordstrom Rack for some time) and Neiman-Marcus, which has opened at Hudson Yards with three levels of glitz, glam, luxury, and fancy restaurants.

It’s unfortunate to see Lord & Taylor go, especially to be taken over by a group like WeWork, which has been on a meteoric rise to the top of the heap and controls a lot of office space. I was disappointed at this turn of events but I understood it, and was not surprised. Lord & Taylor had the best ladies’ department (especially for dresses) in Manhattan. I know, because I try to be a good husband, so I shop with my wife a lot! But that was a huge amount of space for the company to try to hold onto.

Neither does the closing of Barneys comes as any shock. I frequented Fred’s Restaurant often and that was the place to see and be seen. But it was never fun to shop at Barneys and the sales were meaningless. Even in death, Barney’s fails to deliver a good liquidation sale: Only starting at a 10% discount on all their merchandise. Bloomies, their direct competitor offers 30 to 40% on many items on a daily basis.

Saks Fifth Avenue, on the other hand, has always been fun to shop. Ask any husband. The wife always walks out with an item she’s happy with, and the recent renovation really perked the store up. It wasn’t just a lick of paint, as the Irish would say, but an entire new renovation and experience.

The center court escalators were an ingenious innovation: Taking the customers directly to the second floor beauty section, which was originally housed on the ground level.

Bloomingdale’s did an entire refit too. In fact, they did such a great job that my wife gets lost in the new layout. She used to boast that she knew every single square foot, throughout the store. Well, now she has her work cut out for her each time she visits and learns the new landscape. But she will learn it soon, I have no doubt.

What can we say about Macy’s? It’s America’s largest department store, filling an entire city block and selling goods and services on eight full floors. What’s more, the employees and shoppers all seem cheerful and friendly.

Bergdorf Goodman ladies’ department store historically has been and still is, the store that “the quality” patronizes. The store is never alienating; it always boasts chic luxury and delivers in full force. I always make sure I am properly dressed before I enter, because that’s the type of store it is. When I am not with my wife, I like to shop for myself at Bergdorf Goodman men’s, which appeals to both the hipsters and the town’s top CEO’s. It’s a temple of fashion and the “parishioners” mix happily on the elevators.

Many people wonder why Madison Ave. is no longer the retail mecca it once was. I’m not sure the Internet killed Madison Ave. I can remember when European brands only came to Madison Ave., then slowly made their way to Rodeo Dr. in Beverly Hills. Up till about 10 years ago, these retailers started looking to The Shops at Caesars Palace in Las Vegas as a possible third location. Then in the past 10 years, all the brands started to globalize. Now you can get Gucci, Ferragamo, Chanel, and Dior goods in almost any city of any size—so why would you come to Madison Ave. to find a brand that is available near your home?

A new company has risen in Milan called www.bymilaner.com. This company has reached out to the last surviving small artisan family businesses in Italy, Spain, Germany, and France. Look for them to make a move in New York.

What does the future look like for retail? Retailers can almost ask for anything from property owners if they have an established company, and a decent product or service. The times favor the retailers if they need a store, showroom, office, or distribution space.

Meanwhile, all real estate sectors appear to be suffering from a hangover from a party that went on for the past two or three decades.

I remember over 20 to 30 years ago when national retailers were scared to death of entering Manhattan because it was so risky. It was a gamble, to take space for about $100 per s/f. Now, a good food and beverage corner can range from $250 to $400 per s/f. Madison Ave. spaces that used to be priced at $1,500 per s/f are now on offer for $800 per s/f. Deals are happening, here and there along Fifth Ave., but they tend to be mysterious, as nobody cares to broadcast the prices involved.

Nevertheless, property owners are still sitting on a huge pile of capital they accumulated from the past decade or two. In many cases, they are under no pressure to rent their spaces before the market turns again—as it surely will, one day. So who can tell who are the winners and losers here?