Company of the Month: Connecting the future, Hylan is providing crucial technology options for urban planners and developers 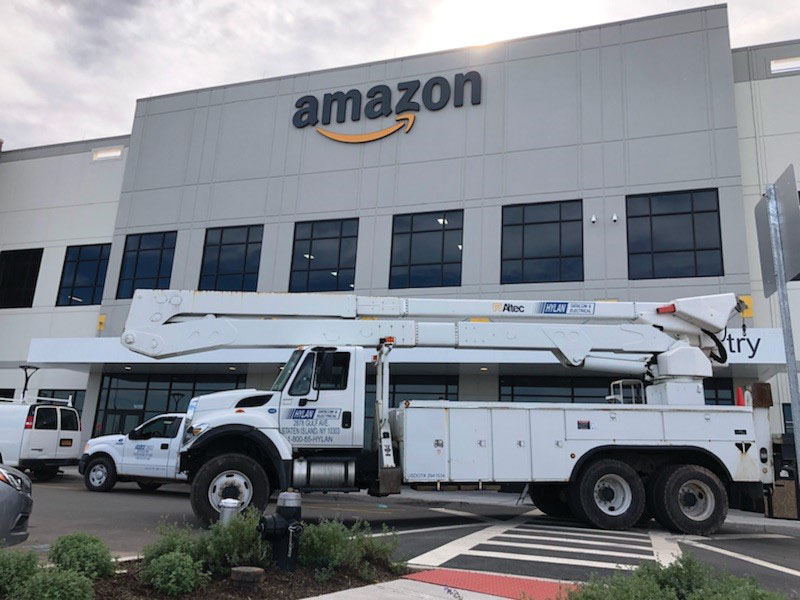 New York, NY According to a 2018 UN report, by 2030 two-thirds of the world’s population will be living in cities. Taking steps to embrace new technology is crucial for urban planners and real estate developers. “Smart City” initiatives are in motion throughout urban locations nationwide, as our country and the world get closer and closer to a “connected everything” reality. Smart cities are modern, technology-driven cities that, through public and private partnerships, enable businesses and enterprises to leverage innovative technology so cities can enhance energy usage efficiency, implement better waste management, improve public transportation, use data to make informed building and planning decisions, and increase the availability of public communication, such as 5G and public Wi-Fi.

Hylan, a leading provider of turnkey communications and electrical infrastructure design, engineering and construction services for wireline, wireless and smart city municipal service operators around the U.S., is proud to contribute to the creation of this new, smart world. 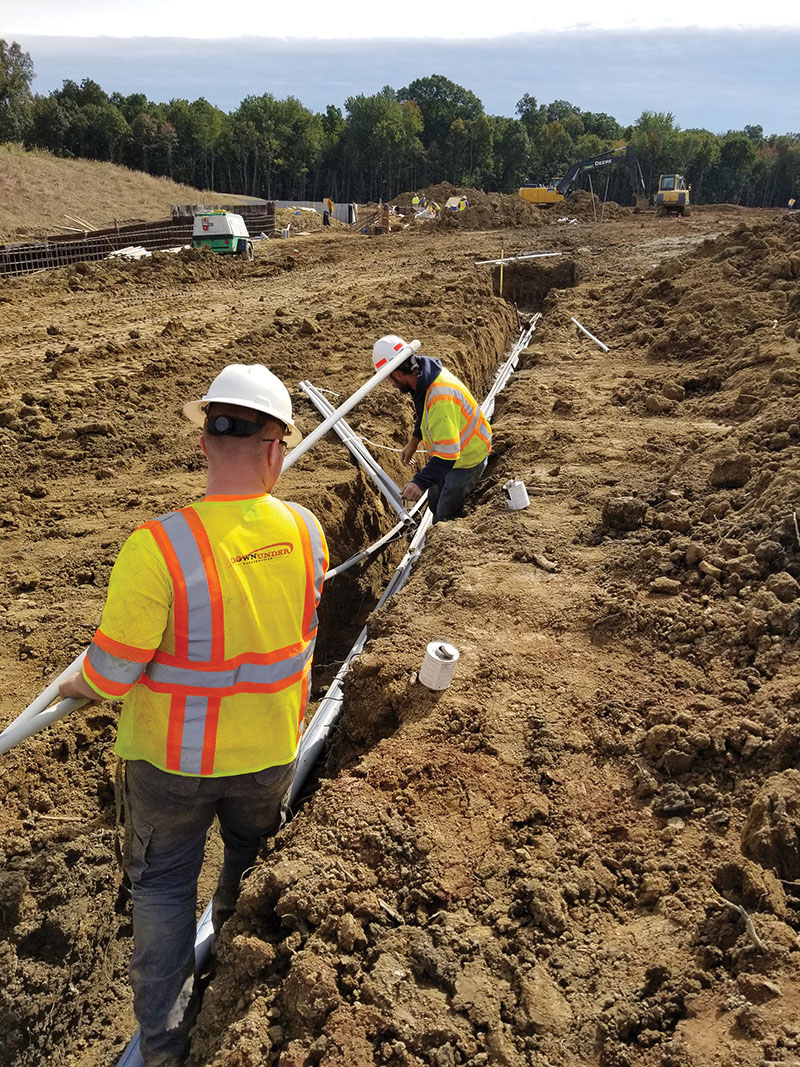 First, the History of Hylan

In 1960, John DiLeo. Sr. (father of current Hylan CEO and president, Robert DiLeo and John DiLeo, Jr.) founded the company Hylan Datacom & Electrical as a family-owned commercial electrical contractor. After achieving status as an IBEW Local 3 contractor in the early 1970s, the company gained considerable momentum throughout the Greater New York City area. In the mid-1980s, Hylan took on a project that would fundamentally expand its scope forever. The company completed a major wireline installation for a leading cable operator, propelling it into the telecommuting sector. Hylan’s relationship with the telecommunications space only got deeper as it approached the 1990s, completing several fiber optic installations on behalf of major network operators. In 2007, Hylan constructed its first DAS system, ushering the company into the wireless business. Today, Hylan works with major mobile operators to transform prevailing wireless infrastructure to meet next-generation 5G standards.

In 2016, after surpassing $100 million in annual revenue, Hylan took it to the next level and engaged Flexis Capital and TZP Group for a strategic investment to fund acquisitions and development of new facilities in Philadelphia and Baltimore. In February 2018, the company acquired Arcturus Telecom to expand its outside plant design and engineering capabilities. One month later, Hylan picked up Down Under Construction to enter the mid-Atlantic market. Subsequently, the company picked up Western Utility to enter the Chicago market and Tetra Tech Utility, with capabilities in Arizona and California, which immediately rebranded as Hylan West. Following this massive expansion, Hylan also debuted a new corporate brand, Hylan Companies, parent to Hylan Datacom & Electrical, Hylan West, Arcturus Telecom , Down Under Construction, and Western Utility.

DiLeo sought to develop a family company that nurtures talent over the long-term in order to deliver a superior customer-centric engineering solution. Through decades of aggressive growth and expansions across 10 states (New York, New Jersey, Arizona, California, Illinois, Maryland, Pennsylvania, Texas, Utah, and Virginia), Hylan never lost sight of its guiding principles. With a seasoned management team and an incredibly well-trained and experienced workforce, Hylan provides full service, turnkey services under the most rapid timelines with the utmost efficiency and quality. Hylan is built to scale and offers the same customer-centric strategic “cradle to grave” solution for customers and projects of any sizes. 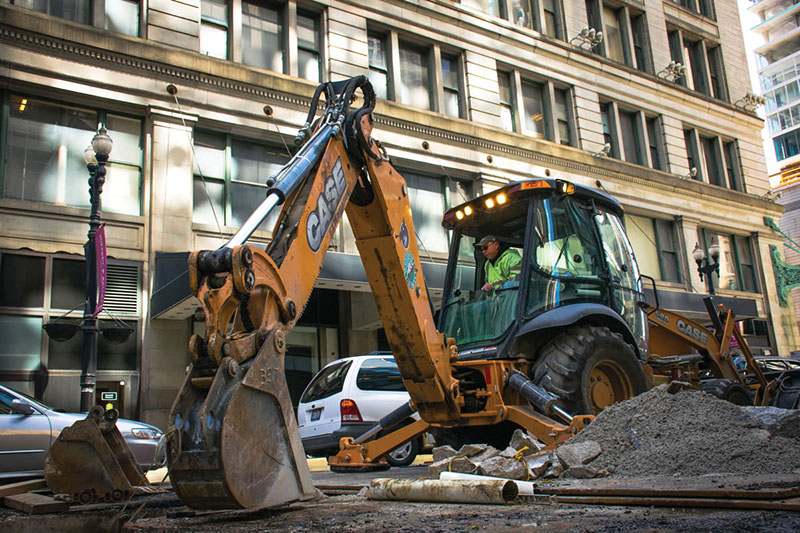 From New York to Nationwide

“New York is probably one of the toughest cities to work in in the U.S. We felt that the model that we built here was unique,” said Robert DiLeo. “We pride ourselves on being a full turn-key, in-house operator.  There are a lot of contractors in the U.S., but we are one of the few that does all of our services in-house. You’ll have plenty of electrical contractors in New York, but you don’t have those who are also utility, fiber, or wireless contractors, and do design and engineering as well. We felt we should go and deploy this model in other cities; That is why we brought on some private equity teams to help. And now, we’re proud to say we recently expanded into Washington D.C., Virginia, Baltimore, Philadelphia, Chicago, Phoenix, Dallas, Sacramento, and the LA market.”

By partnering with private companies and government agencies, Hylan helps prepare cities nationwide to achieve goals that are guaranteed to improve transportation, streamline community involvement and communications, and promote a more efficient and environmentally-friendly use of resources.

New York City is considered one of the first urban cities to really focus on these initiatives to improve the quality of life for its residents, but existing infrastructure here is not yet capable of supporting smart city ambitions. Enter Hylan, who is actively working to transform existing telecommunications infrastructure to facilitate smart city goals.

To reach smart city status, robust wireless capabilities are essential. Importantly, upgrading wireless infrastructure is critical for allowing the coming flood of connected devices to send and receive all the information they’re collecting in real-time, without interference. By working with top carriers, Hylan has helped to upgrade existing deployments.

Additionally, Hylan spends ample time installing small cells for its customers, which complement the larger cell towers. Hylan’s job is to vastly improve wireless service for the surrounding immediate area. In order for wireless service to operate within the 5G standard in densely populated areas, small cells will have to be scattered throughout the city.

“If you happen to be in New York, Chicago, Phoenix, LA–well, you get the idea–be on the lookout for our Hylan teams working to expand and transform local communications infrastructure, climbing out of manholes or up utility poles, along streets and bridges, or inside hospitals and stadiums. We pride ourselves on improving our communities,” said Robert Bianco, VP of business development for Hylan.