Architects take a shine to LEDs - by David Cyr 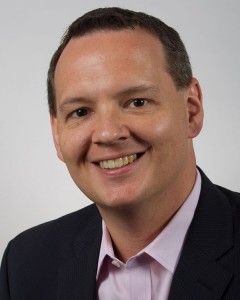 Architects live with trade-offs every day, faced with difficult choices between clients’ needs and artistic conception, value and aesthetics, savings and durability. Until recently, LED lighting, a technology employing red, green and blue light-emitting diodes, was one of those catalysts for consternation, particularly with regard to general lighting needs. With up to 30 times the life span of incandescent fixtures, the small, heatless, inherently “green” lighting source offers greater energy efficiencies, reduced maintenance and lower cooling costs versus traditional lighting. Smart building owners demand LEDS, and LEED projects often require them to make the grade.

Created when electricity is run through semi-conductor material, the quality of LEDs has historically run short of architectural standards, measured in terms of the warmth and reliability of incandescents. A crossover from the electronics industry, many early LED manufacturers understood more about semi-conductors than they did lighting, resulting in some inferior products coming to market. Fortunately, with recent advances in color output and the advent of accepted standards in color and lifespan definition, the quality and dependability of LEDs are catching up to their efficiencies.

While early LED whites were often blue in appearance, improvements in the use of phosphors have produced a range of nuanced whites that more closely match traditional technologies, and are superior to fluorescents. Some newer LED fixtures also employ multiple shades of white to afford “dynamic white” color tuning or “warm dimming,” respectively, allowing precise adjustment of white tint or a dimming profile that mimics the tendency of incandescent and halogen sources to warm in color when dimmed. Along with phosphor technology enhancements, color standards defined by the American National Standards Institute (ANSI) are ensuring more consistent production, binning and labeling of LEDs. The standards, based on correlated color temperatures (CCTs)—the color an object would glow when heated to a certain temperature—are the same standards used for more traditional lighting, providing the buyer a basis of comparison. In addition, an accepted definition of LED lifespan, described as the point at which the light source is reduced to 70% of its initial output, and uniform methods for testing have been implemented.

Architects have long specified LEDS for specialized cove, façade and backlighting applications due to their small size and typically wide light distribution, but advances in output and standardization are moving the technology to an archetype for general lighting, closing the gap between efficiency and light quality.